Can the All Candidates Forum boost the young vote? 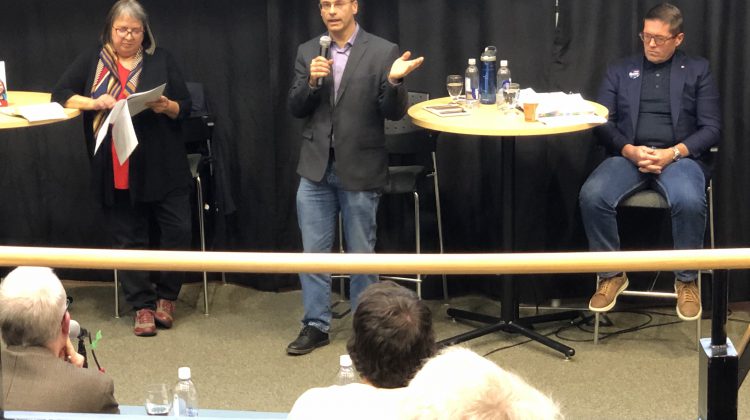 Right on the campus of UNBC, the two ridings splitting Prince George had their candidates present to discuss their platforms.

For nearly three hours, the Prince George – Peace River – Northern Rockies riding, followed up by the Cariboo – Prince George riding had a couple of hundred members of the public all ears as they looked for direction when casting their ballots when Oct. 21 rolls around for the federal election.

As for Kayden Walsh, a first-year political science student, he was looking to be steered towards which candidate would better serve him and his family back home in Fort. St. John.

“Economy and industry are definitely really high,” Walsh told MyPGNow regarding his list of priorities, especially considering the financial crisis his hometown has found itself in following the forestry downturn. “With climate change being such a prominent feature, especially in the youth, looking for a way for you to properly manage both is also important.”

With the event happening inside the Canfor Theatre at UNBC, a reasonable number of young voters took in both of the forums. Many even took the time afterwards to approach candidates to further discuss matters.

“(They were) very knowledgeable and enlightening to what the parties stand for, helping me find what I’m looking for.”

Walsh believes it’s important to have forums such as the one held last night to be taking place at post-secondary institutions.

In 2015, Elections Canada data showed that 57 per cent of voters aged 18 to 24 cast a ballot for that year’s election, an increase of 18.3 per cent from the almost 39 per cent recorded in the 2011 election. It was the largest the elections agency has recorded since it began reporting demographic data in 2004.

Conservative Bob Zimmer, Liberal Mavis Erickson, and PPC Ron Vaillant were all present for the Prince George – Peace River – Northern Rockies riding. Candidates from the Green Party and NDP were absent. As for the Cariboo – Prince George riding, the only candidate absent was Independent Michael Orr.