Cougars to wear Oktoberfest jerseys this weekend vs Spokane 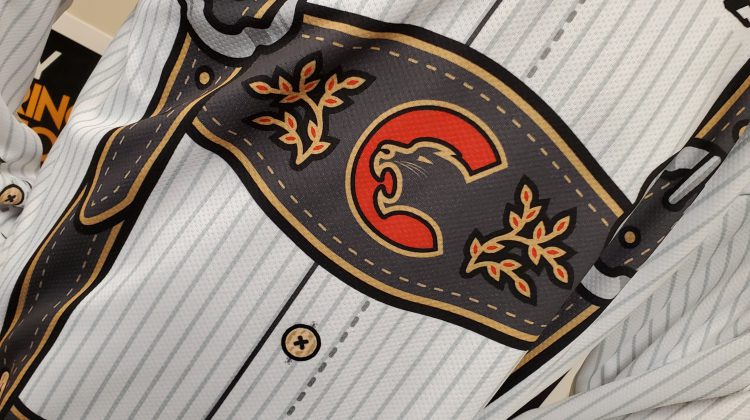 The Prince George Cougars will be wearing Oktoberfest-themed jerseys against the Spokane Chiefs October 19th. (Photo supplied by MyPGNow.com staff)

The next time you walk into the CN Centre, it might resemble a scene out of Oktoberfest.

That’s because the Prince George Cougars are putting their own spin on the popular German-based beer festival and carnival with specially-themed jerseys when they play the Spokane Chiefs tomorrow (Saturday).

Cougars Vice-President of Business, Andy Beesley states the jerseys will have some local ties to them.

“The leaves that show up on the two different vines represent the number of years the Prince George Cougars have been in existence in the city and secondly, the shape of the vines, and the lines on them represent exactly the shape of the Fraser and Nechako Rivers.”

He adds the WHL club has one more surprise up their sleeve to cap-off the evening.

“We also have a mega jackpot that night. The Prince George Community Foundation is going to guarantee that some lucky fan is going to win a minimum of 15-thousand dollars on that night so all in all, it should be a huge evening.”

The jerseys will be auctioned off before the game with the winners being announced during.

A number of Prince George breweries will be on hand providing beer samples to mark the occasion.