RCMP search for man wanted in B.C. and Alberta 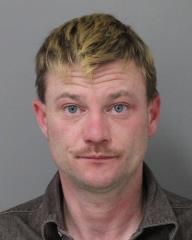 The RCMP is requesting the public’s help in locating a man wanted in both British Columbia and Alberta.

38-year-old Justin Robert Hill is wanted in both British Columbia and Alberta on warrants issued out of Fort St. John B.C. for fraud over $5,000 and personation. Hill is also wanted across B.C. for warrants issued in Valemount for resist or obstruct a police officer and breach of his conditions. A warrant for his arrest also exists in Dawson Creek for breach of his conditions as well.

BC RCMP has reason to believe that Hill may be in Northern Alberta.

Justin Hill is described as:

If located contact the RCMP or the police of jurisdiction in your area. Do not confront Justin Hill.