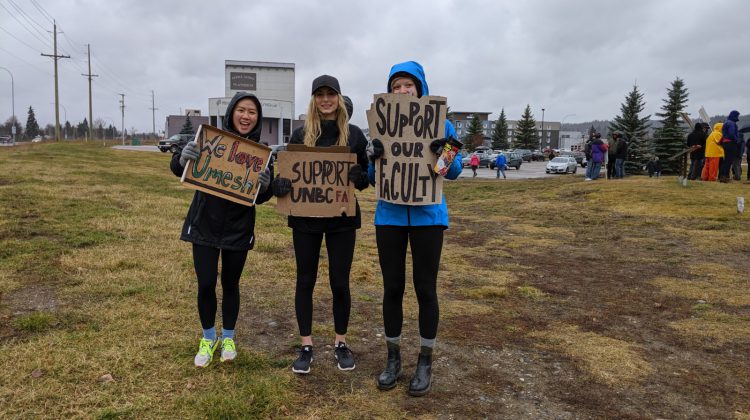 Members of The University of Northern British Columbia’s faculty, students, and other UNBC unions joined together for a demonstration today (Saturday, November 16th) to show support to the UNBCFA during their ongoing strike.

The event, located at the base of the Mr.PG landmark, lasted nearly an hour, with participants showing support through near-freezing temperatures and rain.

Event spokesperson Christopher Morgan stated that those in attendance wanted to:

“support them [the faculty] being paid a fair wage, so that they stay at UNBC and continue to make it one of the best small universities in Canada”.

Bargaining discussions are still underway at UNBC, with no end date for the strike announced yet.