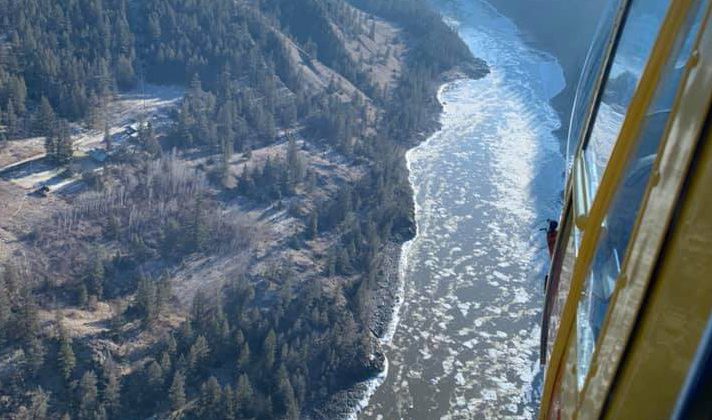 Three hunters were rescued after their jet boats became trapped in the ice of the Fraser River south of the Sheep Creek Bridge.

Chief of Central Cariboo Search and Rescue, Rick White says they had received the call Friday afternoon from the emergency coordination center in Victoria.

“We dispatched two of our members in a helicopter and about six in land vehicles towing quads and a side by side because we didn’t know the terrain or if we would get to them,” White says.

“Turns out they were not local people and they were out hunting and realized Thursday night that the ice was starting to move in and made a plan for daybreak to break camp and head back to Williams Lake. I guess it was too late and they got caught in the ice and got jammed up and had to call 911 for help.”

White says the hunters were rescued via chopper and returned back to Williams Lake.

“The weather moved in fast and caught up to them,” he says. ” They maybe could have watched the weather a bit more and planned their hunt a bit better but all in all it was a good outcome.”

The United Way of Northern BC announced new executive director