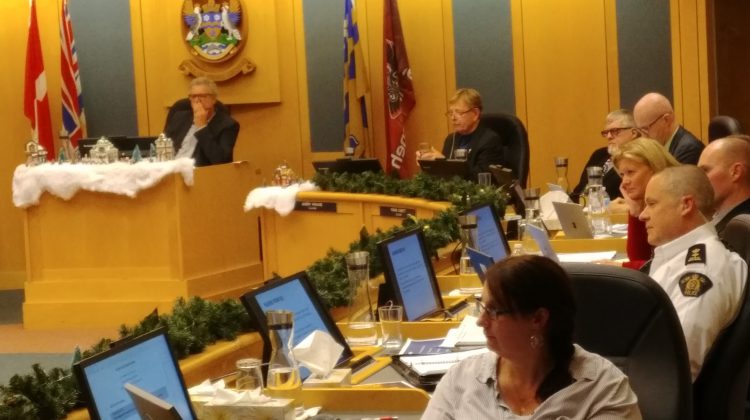 Over 30 speakers offered their suggestions on what can be done to alleviate the social issues in downtown Prince George.

140 people crammed into the council chambers last night (Monday) with some of the main points around safe injection sites and affordable housing.

The city also passed a motion to form a committee that would consist of city council, downtown business owners and community groups.

Councillor Brian Skakun spoke with MyPGNow.com after the meeting adjourned after four-and-a-half-hours.

“Business owners have been underrepresented in this whole process because a lot of the issues turned to the homeless and the drug addicts downtown, they’ve basically had free reign to do whatever they want downtown and their behavior hasn’t been challenged but the business owners said enough.” 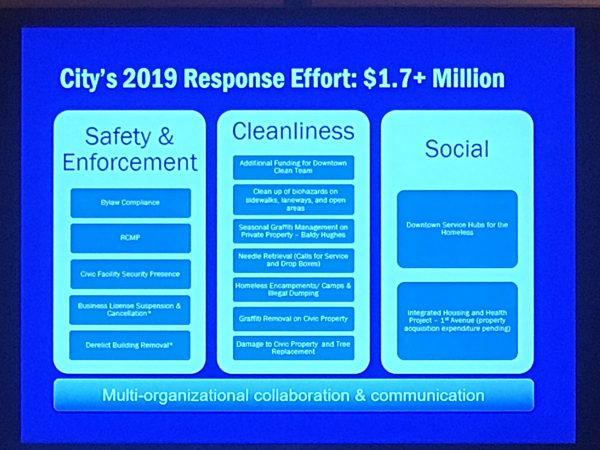 A keyword during the meeting was relationships, something Prince George RCMP Superintendent Shaun Wright stated his officers try to develop with the most vulnerable.

“It’s a strategy we attempt to employ on a regular basis. Typically, the biggest obstacle with that is our workload and lack of time to go up there and build those relationships because we are pressed for time moving from one event to the other.”

“We have a disproportionate amount of resources downtown dedicated to dealing with a small part of the population and it’s frustrating when it’s apparent that a large portion of this population choose to live on the street in that manner and isn’t looking to be housed.”