Donations pour in during day one of Community Christmas fundraiser 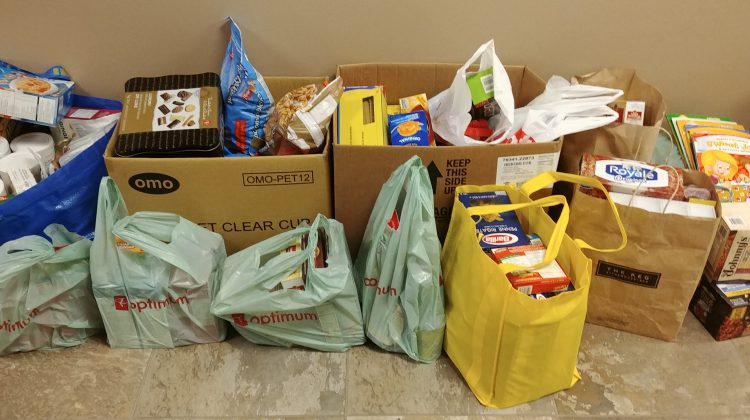 Food donations pour in to Country 97 and 943 The Goat Studios during day one of Community Chirstmas fundraiser. (Photo supplied by Brendan Pawliw, Vista Radio staff)

Day one of the 9th Annual Community Christmas is in the books.

It will continue tomorrow (Thursday) at our Country 97 and 94.3 the Goat studios.

Donations flooded in from the public and St. Vincent de Paul Society spokesperson Bernie Goold told MyPGNow.com there was one that stood out among the rest.

“It was two little girls who came in with their Mom and each of them had a beautiful doll in a box and I said thank you very much. The mother then teared up and said thank you for being our Santa seventeen years ago.”

She adds while the gesture of donating cash, food or a toy may seem small on the surface, it’s a big deal for those who aren’t expecting much this holiday season.

“It just makes you realize that all these donations make memories in people’s lives, it’s food and toys to use but to them, it’s a memory of a Christmas.”

You can drop off non-perishable food items, presents for children or cash at our studios located on the corner Ferry and Ospika until 6pm Thursday night.