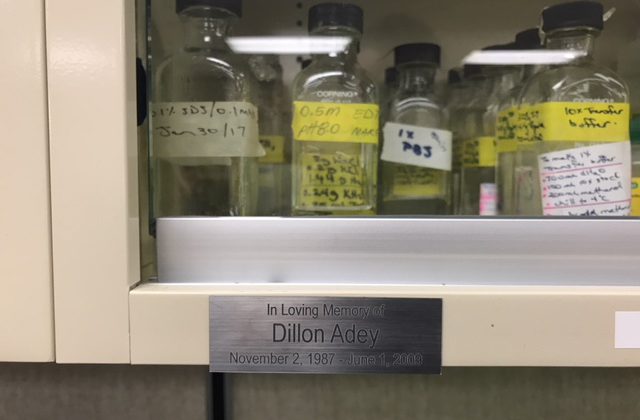 Supplied by: My PG Now staff

Students at the College of New Caledonia are in for a treat thanks to some new tools provided for them by the Adey Memorial Fund.

This year, the college received a donation of almost $12,000 dollars worth of equipment from the Adeys.

“We put a call out to the different classes, for anyone needing equipment and they gave us a wishlist. Four classrooms got ahold of us and gave us one.” says Perry Adey, Dillion’s father

The trust was created in 2009, after the death of its namesake Dillon Adey, as a way to honor his legacy.

The Adey family says it’s annual year-end donation to the college has become a tradition they look forward to. The family says it is a meaningful way to celebrate his birthday and help out students in the process.

The idea started with a golf trophy, presented to Dillon’s family by his friends at his celebration of life.

“His friends came up with the total idea. For the last ten years, I’ve been running a golf tournament to help raise money for kids to go to school. It originally started out to have one business student a year, but the golf tournament has done so well we have raised $214,000”  Adey explains.

The Adey family offers a total of seven scholarships and bursaries annually to CNC,  in addition to two nursing student awards.