Cougars gearing up for Teddy and Toque toss night against Victoria 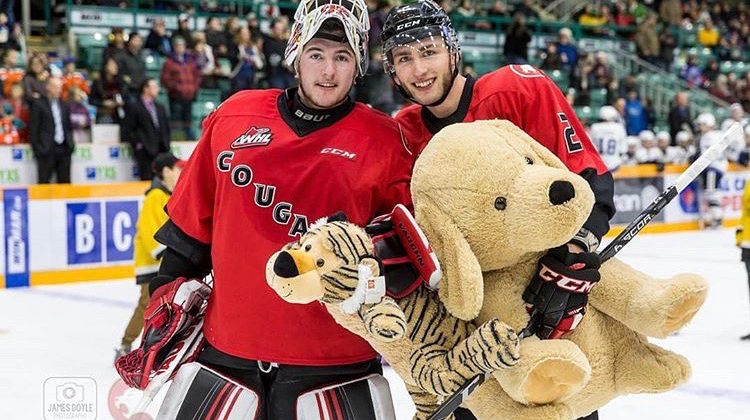 On Saturday, Teddy Bears and Toques will be littering the ice at CN Centre when the Prince George Cougars take on the Victoria Royals.

Anyone who attends the game is encouraged to bring a new or gently used stuffed toy or warm winter clothing item to the game where it can be thrown onto the ice after the Cougars score their first goal.

“It’s just one of those things that’s one of the most anticipated and popular events in Northern British Columbia. It’s a great night because it is just tons of fun for the fans since there’s just nothing like it when you see the first goal scored and all of those teddy bears reign over the glass, it’s really quite amazing.”

In addition, someone will be going home with a little extra cash just in time for the Holiday Season.

“If you buy a 50/50 ticket on Saturday night you’re going to win what is probably going to be a really big jackpot anyway but there is a previously unclaimed jackpot (November 9th) of well over four thousand dollars that’s going to be tacked on to whatever the winner gets.”