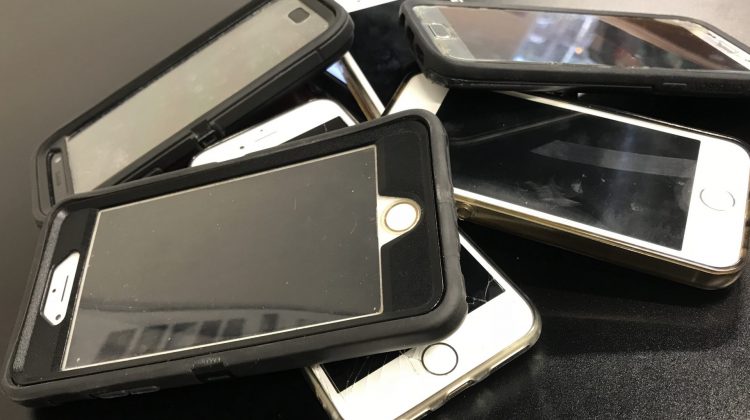 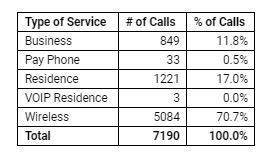 List of 9-1-1 calls within the RDFFG’s boundary so far in 2019. (Photo supplied by Regional District of Fraser-Fort George)

In the Regional District of Fraser-Fort George, nearly 72-hundred 9-1-1 calls have been made so far this year with 71% of those coming from a mobile phone.

E-Comm Director of Public Safety Initiatives, Ryan Lawson talked about the pros and cons of using a cellphone compared to a landline.

Do the same rules apply in rural and remote areas of Northern BC?

“It actually works very similarly in dense urban areas as well as in rural areas, however, it still doesn’t get us precise information. So if someone is in a multi-unit building for example, when they are calling on a mobile device we may know that you are in a business park or a few buildings but we won’t know exactly which unit or which residence of a multi-unit structure you’re in.”

Lawson adds this often makes the call takers a job a little harder because they have to ask a couple of more questions to get an exact location.

“Certainly, if they are outside it’s always good to know what the cross streets are closest to in any location as well as any major landmarks around them.”

New 9-1-1 technology is currently being developed by cellphone carriers as part of a North American-wide initiative called Next Generation 9-1-1, which will allow for future improvements.