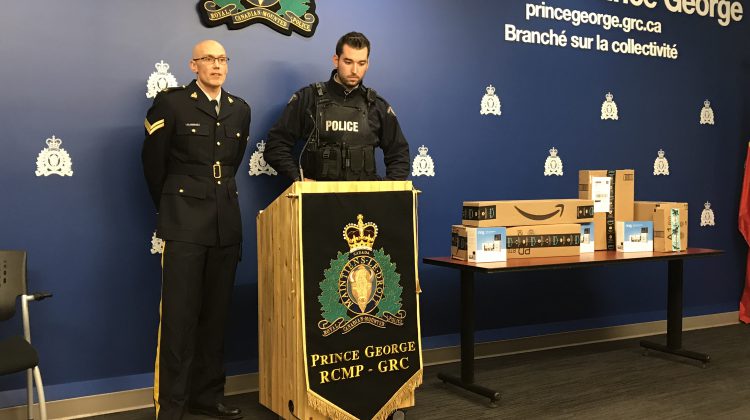 The Prince George RCMP and Amazon are teaming up to deliver the first-ever bait packaging program in Canada to discourage porch pirates in the northern capital.

The initiative sees Amazon provide real products and surveillance technology to help police identify people who are making these types of crimes.

Cst. Brent Benbow spoke about the new program with MyPGNow.com.

“These packages get placed on different properties in several locations across Prince George and as soon as an unwanted person comes and takes those packages they get activated and as soon as it comes the thieves will be coming to play with us.”

Benbow led the charge on this new program and states package stealing has been an ongoing problem.

“In 2018 alone, there were 76 incidents of either Amazon packages or other online packages that have been stolen, it’s not just mail that you would be sending Christmas cards or stuff like that, this is strictly packaging.”

“I think this is pretty exciting. A lot of times we will see Prince George being downplayed in a negative aspect in regards to a crime but we are excited to let people know that we are combating it and we’re the first to do this, so it’s something we’re looking forward too and Amazon is extremely happy about it.”

The detachment reports that the 2019 numbers are slightly higher with over 100 incidents reported. 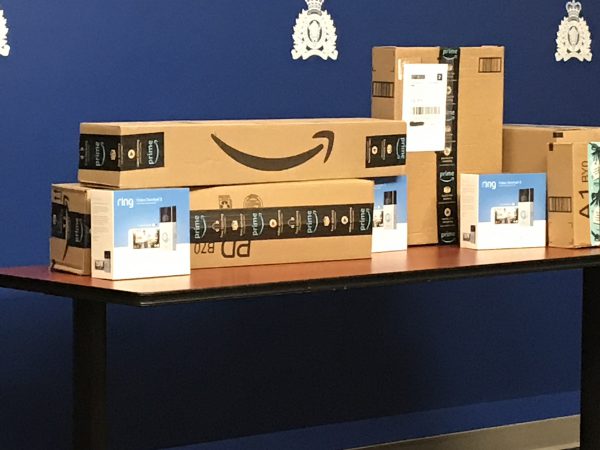 According to the police, bait packages have been deployed 50 times with three activations.

One case led to the arrest of a 37-year-old Prince George man.

PG RCMP Superintendent Shaun Wright believes it will be fairly similar to other programs that are already in use.

“The end goal is deterrence, so we want the kind of people who are thinking about taking what’s not theirs to be aware that anything they do pick up and walk away with might actually be some sort of bait product and that the police are right around the corner.”

As for what residents can do to avoid falling victim to package theft, Wright states several options are available.

“If you know a package is arriving, try and be home or have a friend come by and pick it up. Video doorbells where you can interact with persons at your doorstep are useful, in addition, you can get lockboxes who have packages locked in or you can work with your courier company to have it delivered to an alternative location.”

Prince George RCMP wants to provide some tips to help those that shop online:

· Use pay pal or a small balance credit card for purchases. Do not give out credit card numbers verbally;

· Do not click on a link because it is a super good deal;

· Before you purchase, search the store online to see if it has been the victim of a scam or has bad feedback;

· Be on the lookout for cheaper product clones sold online, pretending to be from a major supplier or brand name;

· Look out for fake coupons;

· Stick with businesses that you trust;

· Have your packages requiring tracking and signature;

· If you are unable to be home at the time of delivery, consider having items delivered to locations where someone will receive them. Relatives, friends, businesses or directly to a local post office for pick-up at our convenience;

· Keep packages out of site in your vehicles;

· Be careful who you share your shopping successes with.