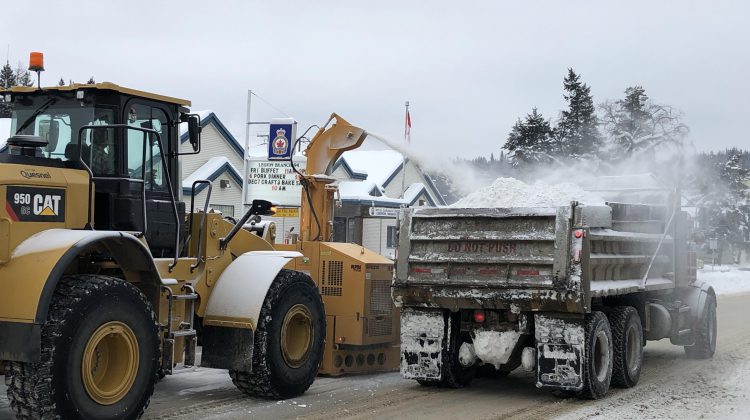 Quesnel Mayor Bob Simpson states they may have to consider taxing residents to build up a bit of a snow reserve.

He adds the cost of snow removal keeps going up and that is one potential idea to offset that.

“Have half a million dollars or something in that reserve, and then you only tax to keep the reserve topped up. That way you can still budget each year at a million but you’ve got a half a million to buffer really bad years. That’s what some communities do, where they just tax directly to maintain their standards.”

Simpson believes the other options, which they are not in favour of, is to lower the standard for snow removal.

“There are absolutely communities who are questioning their snow standards. Prince George certainly did last year. They’re indicating that they may not be getting at secondary roads as quickly, they may not move snow, so there are some roads where the center windrow may remain for the winter or until they can get at it. Quesnel City Council has chosen to maintain the standards that we have and to maintain them into the future. We have an aging demographic and we believe, for safety reasons for them getting about either in their cars or walking, it is important to maintain standards.”

Simpson adds the community is already at 95 percent of this year’s budget before the recent snowfall this week, so he expects that they will be over budget again this year.

That has been the trend for the past decade as 2010 and 2016 are the only years in the past ten that came in under budget.

Council increased the snow removal budget back in 2017 to one million dollars, up from 825 thousand dollars, with the idea of building up a reserve but it was quickly swallowed up the following year.