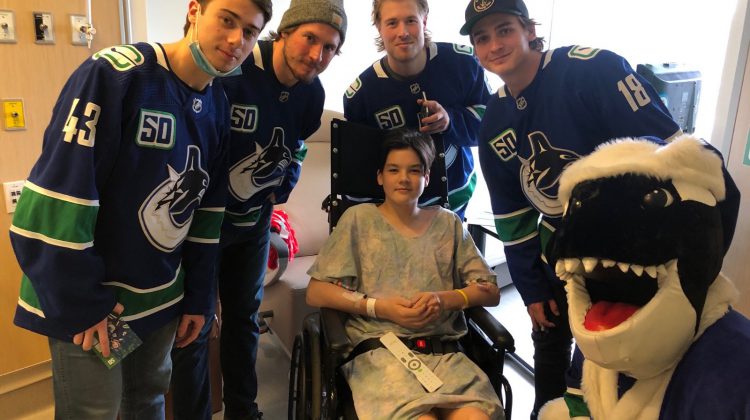 The North Central AA Bobcats are stepping in to help their own.

Earlier this month, two of their teammates were in a snowmobile accident, leaving forwards Noah Pears and Jayden Cunningham with serious injuries.

Noah sustained a fractured foot and torn ligament, and Jayden was taken to Vancouver Children’s Hospital with broken ribs, a fractured scapula, multiple fractures in his pelvis, and damage to his liver and lung.

Dori Pears, the mother of Noah and the team manager, said the response from the hockey community has been touching.

“That’s where the gofundme came from: the team wants to do something to help support them. They are also doing a silent auction and a social party in January to help raise more funds for them,” she said. “We are around halfway to our goal within 24 hours.”

Jayden had been staying with the Pears family when he was injured.

His mother, Gabrielle, was in Vancouver for treatment for neurofibromatosis, a genetic disease that affects the nervous system.

While Jayden was receiving treatment for his injuries, doctors discovered he had a gene for the illness.

His family is thankful they caught it early because it’s a disease not a lot of people know about.

A link to the gofundme can be found here.