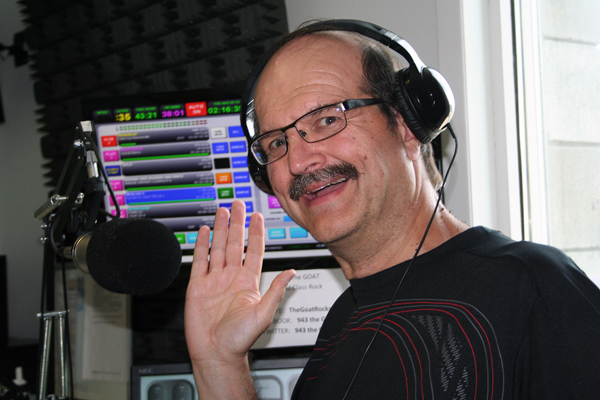 I sincerely hope you are not one of the reported 60 million people worldwide suffering from
paraskavedekatriaphobia -a morbid, irrational fear of the date ‘ Friday the 13th ‘.

Do you fear Friday the 13th? The term is called ‘paraskavedekatriaphobia’

Fear of number 13, on the other hand, is called ‘triskaidekaphobia’ pic.twitter.com/tE8rDHfxf9

In English, German and Portuguese cultures Friday the 13th of any month is considered a “bad luck” day.

Many players avoid signing contracts on this day and are reluctant to wearing jersey #13, however, that hasn’t stopped several all top greats from having number 13 on their back.

Here’s a list of 13 prominent athletes that have donned #13.

Wilt Chamberlain: The 7-1 centre averaged 30.1 points and 22.9 rebounds during his NBA career. The 4-time MVP hooped a record 100 points in a game on March 2, 1962, against the Knicks. He has my vote as the greatest athlete to wear #13. He may be just as famous for another number. Chamberlain boasted in his autobiography to have slept with more than 20,000 women in his lifetime.

He also had 78 and 73 earlier in the season. pic.twitter.com/c8Lr2d2GIs

Steve Nash: While wearing #13 in Phoenix, Nash won two MVP awards and was an eight-time NBA All-Star. Canada’s greatest basketball player has the third-most assists in league history behind only John Stockton and Jason Kidd.

With how the NBA is going today, a Steve Nash would have a field day the run’N’gun pace and only shoot 3’s https://t.co/5tMQNPDQQh

James Harden: In 2018, Harden of the Houston Rockets led the NBA in scoring and was named the league’s Most Valuable Player.

Jay Williams said on ESPN’s Get Up, “James Harden will score 100 points in a game this season. It’ll come against the Washington Wizards on April 10th, 2020.”

What’s #NBATwitter‘s takes on that?

Mats Sundin:  A 9-time all-star, Sundin averaged a point per game over an 18 season NHL career with Quebec, Toronto, and Vancouver. He is the first Swedish-born player to score at least 500 goals in the NHL (564). Sundin posted at least 70 points in 15 consecutive NHL seasons.

Pavel Datsyuk:  He averaged 92 points per season from 2005-09 and was a key member of Stanley Cup-winning teams in Detroit in 2002 and 2008. Datsyuk also was a four-time winner of the Lady Byng Trophy (gentlemanly play) and a three-time winner of the Selke Trophy (best defensive forward).

Former @DetroitRedWings star Pavel Datsyuk is selling his Bloomfield Township lakeside home for $4.5 million. It includes a theater, a gym, a dry cedar sauna and a panic room.

Dan Marino: A 9-time Pro Bowl selection, the former Miami Dolphins quarterback was the first player to pass for 5,000 yards in an NFL season. Marino is arguably the greatest NFL player never to win a Super Bowl.

I’ve never been a big jersey guy and neither has my dad but when I walked by and saw this official NFL @DanMarino throwback jersey hanging up I had to get it for him. He was a huge Dolphins fan growing up and he always talked about Marino being the best QB of all time. pic.twitter.com/Rj6WibXbZg

Kurt Warner: Arguably the greatest undrafted player in NFL history, Warner won two MVP awards (1999 and 2001) and was the quarterback that led the St Louis Rams to a championship in Super Bowl XXXIV.

This Day In Sports:

Odell Beckham Jr.: The Cleveland Browns wide receiver has made numerous high-light reel catches, most of them when he was with the New York Giants.

Odell Beckham Jr. made NFL history with his one-handed catch vs. Dallas.pic.twitter.com/1gQPa0DXAD

Alex Rodriguez: He won two MVP awards, a World Series title with the New York Yankees in 2009 but his reputation took a massive hit after he was suspended for his use of performance-enhancing drugs, including his full-season Biogenesis ban in 2014.

Omar Vizquel: During his 24-year major league baseball career, Vizquel won 11 Gold Glove Awards, including nine straight from 1993-2001. The Venezuelan-born shortstop finished with a .985 career fielding percentage, which is tops all-time at his position.

Kristine Lilly: She was a member of the U.S. women’s national soccer team for 23 years, making a record 352 international appearances through 2010. Lilly is third all-time in the United States women’s national team in goals with 130 behind only Abby Wambach (184) and Mia Hamm (158).

Michael Ballack: He is among the top goal scorers in the history of the German national soccer team. Ballack led Germany to the World Cup Finals in 2002 with game-winning goals in the quarterfinals and the semifinals.

Whether one is concerned about #13 or not, just to be on the safe side I suggest the following:

Stick a wad of gum on your hat when playing baseball.
Wipe the soles of your sneakers just before tip-off of a basketball game.
Avoid wearing yellow when playing tennis.
Fishermen are to throw back the first catch. (In my case, I never get to that first catch)
Rodeo performers are to always shave before a competition (Only the men).

The 13th day of the month is more likely to fall on a Friday than on any other day of the week. The pattern of our calendar — days, weeks and months — repeats itself exactly every 400 years.

My guest on the 13th Cat Scan in year two is Rich Phillips, who is in charge of off-ice officials at PG Cougars home games.

Rich discusses the various roles for off-ice officials including, shots on goal, updating the website, faceoff winners and relationships with on-ice officials.

The New England  Patriots admit a video crew at the Browns-Bengals game violated league policy. They say they weren’t spying, they were just putting together a blooper reel for the NFL Christmas party.

‘You mean, there’s actually a controversy involving the Patriots’ supposed illegal taping of the Bengals? Isn’t that like the Harlem Globetrotters illegally taping the Washington Generals?

Why on earth would the Patriots spy on the the Bengals?? https://t.co/FWQLgC441W

Russia has been banned from the 2020 Olympics over a doping scandal. (Actually, Russian athletes can compete but under a neutral flag). Will Donald Trump have the US pullout in solidarity?

A new survey says the average American adult wakes up grumpy 300 days of the year. Make that 365 days if your name is Bill Belichick.