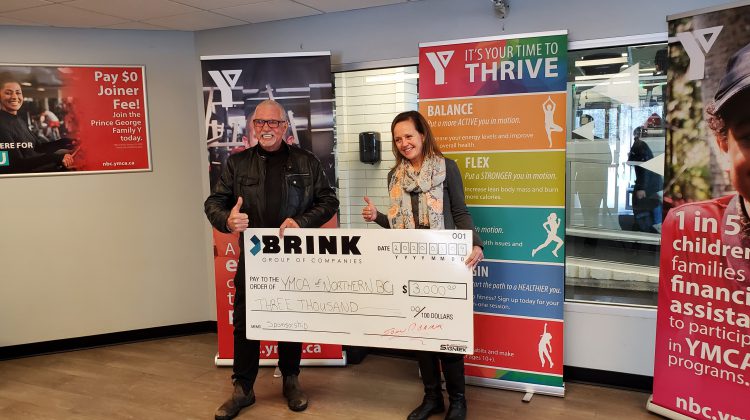 The Prince George YMCA has set their sights high for this year’s MEGATHON, with a $15,000 goal.

The event will benefit the YMCA’s Strong Kids Campaign, an umbrella campaign supporting a variety of programs, including subsidized membership to facilities, camp membership, and after school care.

The Prince George YMCA offers support to approximately 11,000 individuals each year, according to Stephanie Deol, Director of Communications and Philanthropy.

Deol emphasized the importance of the philanthropically-funded Beyond the Bell program, which provides after school care and literacy support to 40 children at Glenview Elementary.

“We’re coming to the end of our funding contract. We have funding to run the program until the end of June 2020, so if we want the program to continue we’re really going to need the community.”

As the MEGATHON enters its 6th year, the Brink Group enters its third year of sponsorship.

“Last year we had a goal to raise $10,000 which was a stretch goal for the event, and we actually raised $12,000. I really don’t think we would have been able to do that without Brink stepping up,” said Deol.

The YMCA reports that roughly 1 in 5 children attending their programs has received some form of support to attend.

The MEGATHON is scheduled for Saturday, March 7th