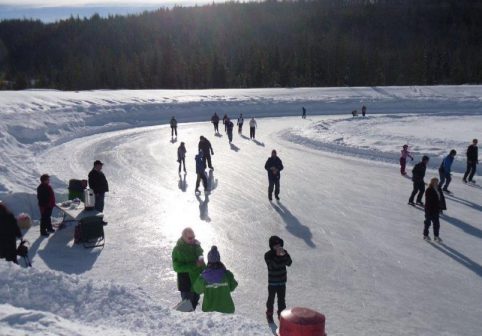 Oval Spokesperson Lyle Dickieson explained the only thing different is the maintenance schedule.

“We aren’t going in as early to do our maintenance because there is not that much usage on the ice,” he said.

Dickieson reported it takes just under an hour to get everything at the Oval running in the cold weather.

“With the cold weather we don’t have as much snow, so there’s not as much clearing. ”

“In one respect it’s easier to do but we have got to be just so careful when it’s this cold out.”

Dickieson said as far as possible closures go, they leave it up to the discretion of the staff.

“We are open regular hours, but we are encouraging people to bundle up! Pretend you’re going downhill skiing. Put on all that same gear!”

He noticed numbers haven’t fallen off either.

“People love their skating, and they love the Oval. It amazes me how hardy the northern population is!”