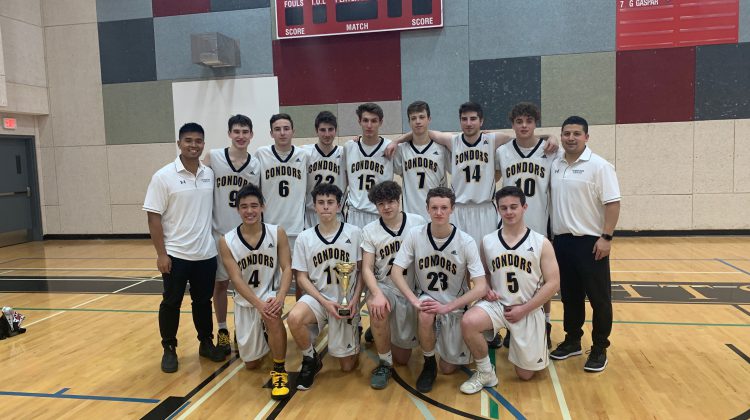 The number one ranked triple-A high school senior boys basketball team in BC will most likely be from Prince George after a strong showing in Burnaby.

The #2 Duchess Park Condors whipped top-seeded G.W. Graham Grizzlies of Chilliwack 108-88 in the final of the St. Thomas More Collegiate tournament over the weekend.

Head Coach Jordan Yu, who is a Duchess Park, alum, told MyPGNow.com they shot the lights out.

“The rim just seemed super-big. We were getting defensive stops but couldn’t miss a shot, we hit six three balls in the first quarter and 14 overall in the game.”

Yu is of the opinion the team is peaking at the right time.

“Ever since our Christmas break we have been trying to focus on just the process of things, we knew we were ranked pretty high but we’ve actually decided as a team we were going to stop talking about rankings and to focus on ourselves and the process of winning games.”

“I think what makes our team special is our overall length and size in every position. We talk with other coaches and they tell us it almost looks like we have the same player out there five times.” 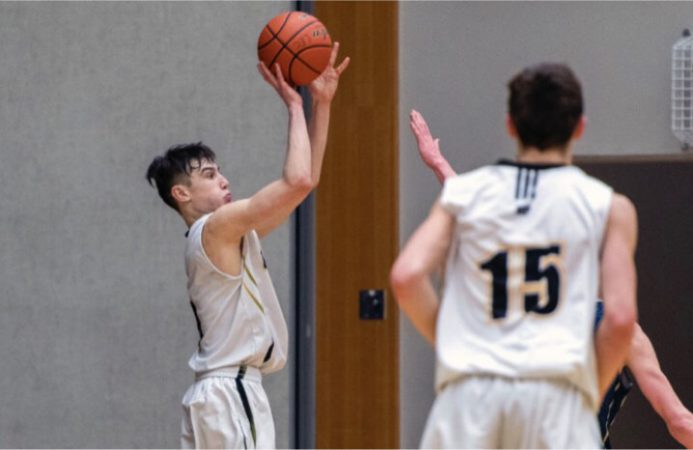 His nephew, Caleb Lyons was named the MVP after recording 35 points in the championship game.

The six-foot-four Grade 11 guard shines brightest when the stakes are at their highest.

“What makes him special is that every time we get on the road for these tournaments he really amps up his game and aggressiveness on the court. I guess what makes him most effective is when he plays above the rim and he can also shoot it from the outside,” added Yu.

Yu states putting themselves in a position to be the top-ranked team is a huge accomplishment because of the larger area they have to cover in order to play the best teams at the high school level.

“Being from Prince George we have to travel so far to get some great competition. We travelled down to Vancouver early in the year on back-to-back weekends and this was our last trip heading down to the Lower Mainland where he had the ability to move up, drop or stay the same in the rankings. This was the last opportunity to see where we stood and it just so happens where we were able to beat the number one team in the final.”

The Condors will travel to the prestigious Harry Ainlay tournament in Edmonton this month in preparation of their zone tournament which will lead to a provincial berth.