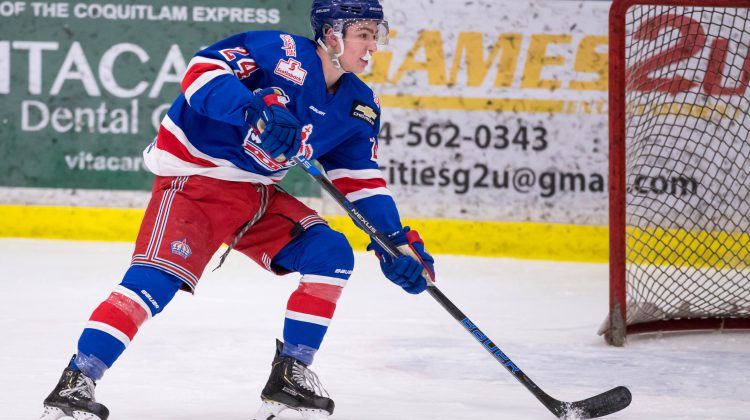 A parade to the penalty box came with a cost for the Prince George Spruce Kings.

The defending Fred Page and Doyle Cup champs took it on the chin Wednesday evening falling 6-2 to the Salmon Arm Silverbacks from the Shaw Centre.

Salmon Arm lit up the Spruce Kings five times on the man advantage.

Luke Mylymok and Coalson Wolford gave the Silverbacks an early 2-0 lead at the end of 20 minutes.

Prince George exploded for a pair of goals in the middle frame courtesy of Fin Williams and Will Kushniryk.

However, the undisciplined play continued to bite the Spruce Kings as Mylymok (second of the game) and William Poirier rippled the mesh past Jett Alexander giving the hosts a 4-2 edge at the end of the second period.

In the third, Daniel Rybarik and Nick Unruh provided the exclamation point in the final 20 minutes extending the Salmon Arm lead to four.

Carter Woodside gave up two more goals in relief, while Grant Adams stopped 14 pucks that were directed by PG.

The Spruce Kings are back in action on Friday as they take on the Langley Rivermen (19-20-1-1-1) on Mohawks night at the Rolling Mix Concrete Arena.