How art facilitated friendship for one Prince George woman 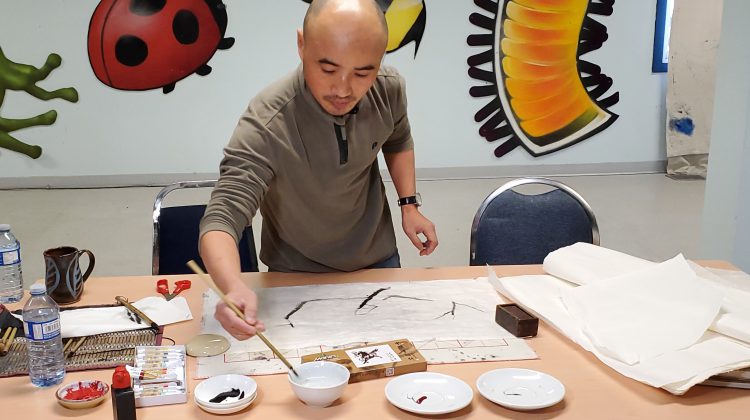 Despite being known for qīng-huā, Chinese blue-and-white pottery, Fei decides to demonstrate his ink painting on rice paper. He works with the focus and precision of a surgeon (Photo supplied by Justin Madu, MyPGNow.com staff).

However, they both describe how art allowed them to both build and transcend culture.

“Huang Fei is a different age from me, from a completely different place… but it is amazing how much we have in common,” Carlson explains.

Fei seems shy, sitting next to the bubbly Canadian.

The two met in 2013 in Jingdezhen, China, a city touted as the “porcelain capital” of the world.

At that time, Fei was exploring his passion for painting winter landscapes as he painstakingly worked from photographs.

He was excited to learn that Carlson was from Canada.

In 2014, Carlson worked alongside five potters guilds and three colleges to give Fei the opportunity to see Canada. 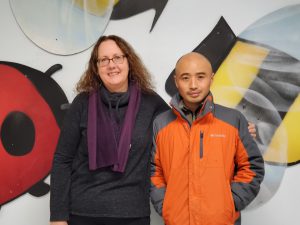 “I found out things are a little bit different here, or maybe really different,” Fei remarked with a smile.

Carlson urges him to tell the story of his first night in Canada, and he thoughtfully recalls his experience of seeing a Caribou under the Northern Lights.

The two describe mutual respect, built out of an openness to develop their own artistic talents.

“Art brings not only beauty to your life, but thoughtful things,” said Carlson

“That kind of feeling or thinking connects people,” Fei added.