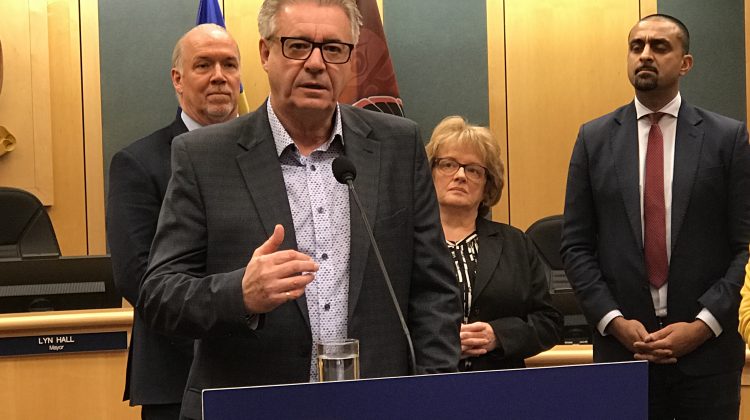 The opioid crisis was front and centre during the Northern Mayors Roundtable in Prince George today (Tuesday) that included Premier John Horgan.

According to the BC Coroner’s service, 22 overdose deaths took place in the northern capital between January and October of 2019.

“Given the fact we are the northern capital, we are the hub city, we receive a lot of people from around the north and central BC that are requiring services here in Prince George and I wanted to talk to him (Horgan) and the ministers in the room about the chance for us to provide those services.”

.@Lynhallpg talks about impact the opioid crisis has had on their city during Northern Mayors Meeting in @CityofPG with @jjhorgan #CityOfPG #bcpoli pic.twitter.com/Ct89j23V7x

When asked if the crisis and the social issues downtown are connected to each other, Hall issued this response.

“There may be a small part of that but we’re seeing those with the issues downtown and throughout the community, on the social side it’s been around for a very long time even before we saw the downturn of the forestry sector, so I think this has been prevalent for a very, very, long time.”

The current state of the forestry sector was also a major talking point.

Hall outlined the trickle-down effect the curtailments and closures in the north have on our community.

“The impact on communities like Fort Saint James, Mackenzie, Quesnel and Vanderhoof directly impact our city so we had a conversation about that.”

As for what he foresees in 2020, it all depends on a couple of factors.

“On what has been said before it all depends on the market, it’s about the annual allowable cut and all of those things are going to play a role in the transition of the industry. I am positive but I know there are some challenges ahead.”