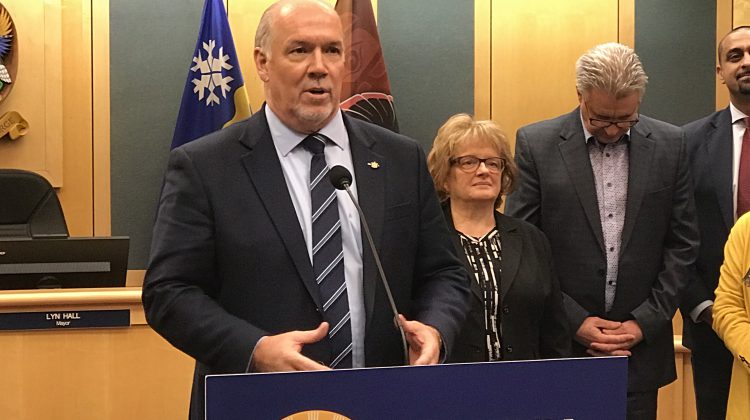 What is the current state of the job market in Prince George and across Northern BC?

That was one of the burning questions Premier John Horgan was asked during yesterday’s (Tuesday) Northern Mayors Roundtable in Prince George.

The unemployment rate in the Northern Capital went from 4.9% in August to nearly 7% in December.

Horgan was quick to point out that BC has the lowest unemployment rate among all the provinces at 4.8% and outlined some of the employment opportunities here in the north.

“We have a whole bunch of economic indicators that show a strong foundation for our economy and there is work on the horizon with respect to the LNG process, the mining industry is looking at expanding in some areas.”

The Premier also answered some tough questions in regards to the struggling forestry sector that was hit hard with a number of curtailments and closures taking place across the province, including the north, most notably in Mackenzie and Fort Saint James.

“There are challenges in forestry, we acknowledge that they are not new and have resulted over decades of a drive to liquidate rather than a road map that’s sustainable for our communities and forests.”

However, he remains optimistic the fortunes of the sector will change, hinting a different approach might be needed.

“We work together but we focus on making sure that we are maximizing the value of our forests rather than just shooting to get as much volume as we can out of the forest into mills, freighters or somewhere else. I think we are going to be fine.”

Horgan will return to Prince George for the BC Natural Resources Forum next week.