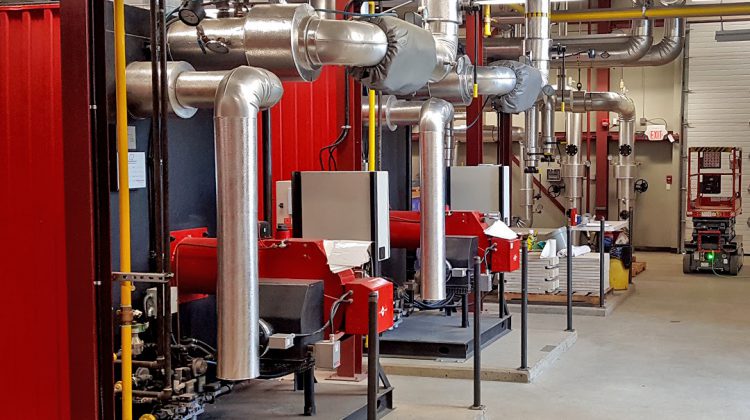 The distribution centre for the Downtown Renewable Energy System is located downtown at 2nd Avenue and George Street. (Photo: City of PG)

After temperatures plunging down to -44 last week, Prince George’s Downtown Renewable Energy System (DTRES) operated at an all-time high, according to the City.

The DTRES distributes heat from Lakeland Mills to other downtown buildings including City Hall, the Library, Two Rivers Gallery, the Four Seasons Pool, and the Victoria Street RCMP detachment.

The DTRES runs from hot water heated from woodchips and shavings at the mill at first, and then the water is circulated through three kilometers of underground plumping.

Despite freezing conditions, the system was able to heat all the buildings and did not need any help from natural gas burning back up heaters.

“There are only a handful of municipal district heating systems in Canada that primarily use a renewable fuel source and for Prince George to be able to operate at 100% through such a cold period is certainly a positive achievement,” said Raymond Boulter, a national expert on community energy systems with Natural Resources Canada.

“It shows that renewable, low-carbon heat is possible even in Canada’s northern communities.”

The DTRES also serves the courthouse and the Wood Innovation and Design Centre.

Later this year, the parkade across from City Hall and the Downtown pool are slated to be added to the system.

The system began operating in 2012 after $11 million in construction cost funding from the Provincial and Federal Governments and the Federation of Canadian Municipalities.