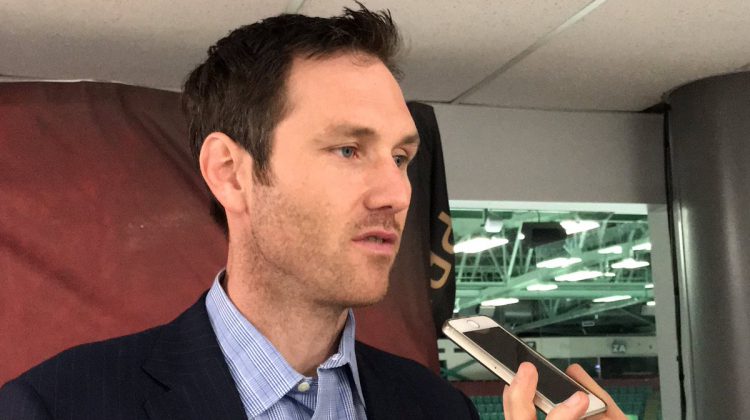 A big honor for a part-owner of the Prince George Cougars and a long-time NHL defenseman.

Eric Brewer is one of six inductees into the BC Hockey Hall of Fame class of 2020.

Before the big leagues, Brewer played three seasons with the Prince George Cougars from 1995-98 scoring a total of 79 points in 168 games.

He was drafted by the New York Islanders fifth overall in the 1997 NHL Draft.

He played his minor hockey in Ashcroft and Kamloops before being selected by the Cougars in the 1994 WHL Bantam Draft.

Brewer also had a decorated international career: playing for Canada at the 1998 World Juniors, the 2002 Salt Lake City Olympics, The 2004 World Cup of Hockey and five World Hockey Championships.

He won an Olympic gold medal, three World Hockey Championships and the World Cup of Hockey.

Two teams are being inducted as well, the 2002 Kootenay ICE Memorial Cup champions and the 2012 Penticton Vees of the British Columbia Hockey League.