“I was skating with the two best teams in female hockey!” : PG ref reflects on Rivalry series 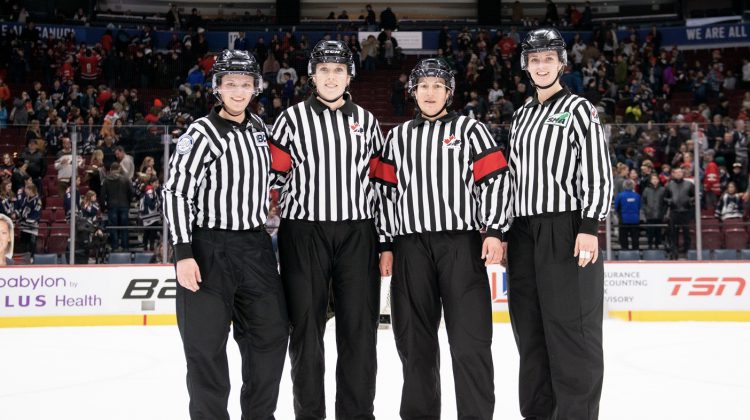 A Prince George official is returning home after getting the chance to officiate the two biggest games of her career. 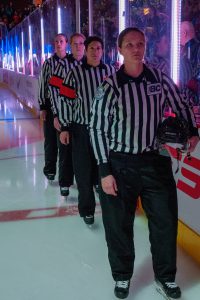 Danika Kroeker worked as a lineswoman for the Canada vs. USA women’s hockey Rivalry Series that concluded on Wednesday.

The 21-year-old is calling the experience something she will never forget.

“It was kind of an unbelievable feeling, skating in front of […] 8,400 people at Rogers Arena.”

“I was kind of just taking it all in and listening to all of the people cheering.”

Before she stepped on to the ice for game one, she admitted that’s when the magnitude of the tournament hit.

“I was skating with the two best teams in the world for female hockey!”

She said the high level of play was also a welcome challenge.

“You never want to make a bad call in front of that many fans.”

The young official wasn’t expecting to get the nod for a big tournament so soon.

“I didn’t expect it to happen this season at all, and really didn’t even know I was on the radar to do something like that with Hockey Canada.”

Kroeker admits she wasn’t sure how far she could go in the officiating world.

“It definitely made me realize it is possible for me […] doing these games helped me see where I was at and helped me adjust my goals for the future.”

For Kroeker, the thought of officiating a game in front of such a crowd was daunting, but she gained her footing soon enough.

“There was a lot of nerves, I was just nervous to be in front of that many people,” she explained.

“Once I settled in and figured out where to go, it was easy to figure out where I needed to be.”

With the Rivalry series under her belt, the PG Secondary School grad has her sights set on more international tournaments.

“I never really set goals in the past, I kind of just took whatever opportunities that came, and just kept going.”

Often the only female official in her age group, Kroeker said it took getting used to.

“I grew up in PG reffing around all the boys, you kind of just want to do what the guys are doing and be like them,”

“The higher up I go, I’m realizing there are more female referees.”

Congratulations to Danika Kroeker (Prince George) who was selected by Hockey Canada to officiate the Canada-USA Rivalry Series games in Victoria and Vancouver! Catch the games live on TSN tonight and Wednesday. pic.twitter.com/GHnOiAyhi3