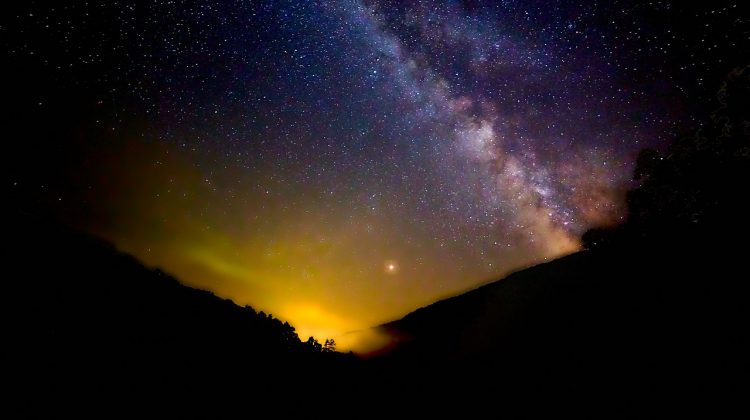 An example of light pollution (photo supplied by Pixabay.com).

Prince George has seen record-breaking development for two consecutive years, but some unintended side effects come with urbanization.

Tomorrow (Friday), the Prince George Astronomical Society will be hosting a seminar to discuss light pollution within the city.

“The growth has been significant, we’ve noticed it over the last ten years… we can see the development glow from the observatory… you can see this whitish haze lighting up the sky,” he added.

He also mentioned that light pollution can have negative health effects as it alters the body’s production of melatonin, and may interrupt sleep schedules.

“The night sky is our heritage. We’ve lived under the starry skies for millennia, and now only 2 out of 10 people can actually see the Milky Way at night. That’s something we should not lose,” Sluka concluded.

BC Hydro spokesperson Bob Gammer said a major cause of light pollution is over-illumination, which also contributes to the over-use of energy within the province. He encouraged residents to carefully consider what amount is appropriate when installing lighting in an area.

Additionally, he advocated for motion-activated lighting as a method of both conserving energy and reducing light pollution.

Gammer also pointed to streetlights as a major factor in light pollution.

“The typical streetlamp is often called a cobra head, and the light sticks down past the metal housing so the light shines not only down on the road and sidewalk but unfortunately, the way it’s designed, a lot of that light spills outwards. Newer, flat lens lights have the complete lamp inside the metal housing and only shines straight down,” he said. 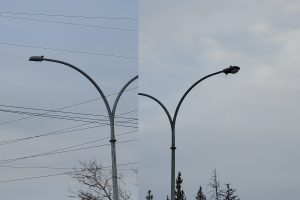 BC Hydro remains a strong proponent of slowly replacing existing ‘drop lens’ streetlights with more modern ‘flat lens’ ones, a trend that has slowly been taking place throughout Prince George as modern lights are visible along major roadways, while ‘drop lens’ lights are more prominent in residential neighbourhoods.

Anyone interested in learning more about light pollution can visit the observatory Friday night at 7:30 for a comprehensive presentation by Maurice Sluka.

More information on the Prince George Astronomical Society can be found on their Facebook page.