Giants extend their win-streak at the expense of the Cougars 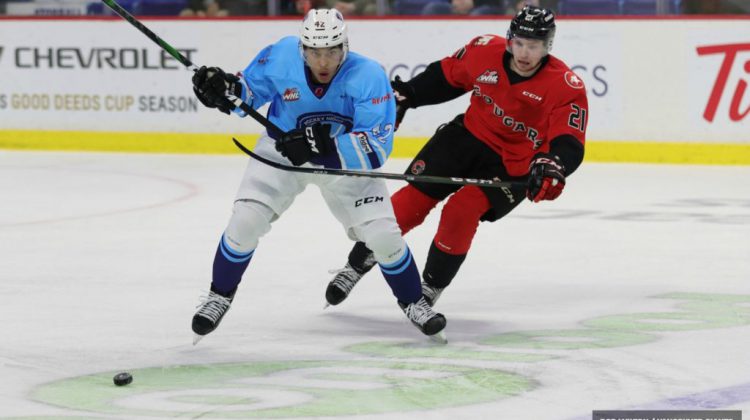 The Vancouver Giants are playing their best hockey of the season.

The Prince George Cougars were their latest victim.

Saturday was Vancouver’s fourth win in six games against Prince George this season.

Mitchell Kohner and Vladislav Mikhalchuk scored for the Cougars, who are 6-14-2-2 on the road.

Taylor Gauthier had his personal four-game win streak come to an end after he stopped 29 of 34 shots.

Trent Miner earned his 10th victory, stopping 27 of 29 shots in the Giants’ crease.

After 50 games, Prince George is seven points back of Seattle for the final wildcard playoff spot in the Western Conference.

CAT SCAN: @Hartley_Miller with the original voice of the @PGCougars Glen Dufresne in this week’s episode of the podcast
| https://t.co/xnBSGpCQL4 #CityOfPG #sports #NorthernUprising pic.twitter.com/b4e2g2Zzt8