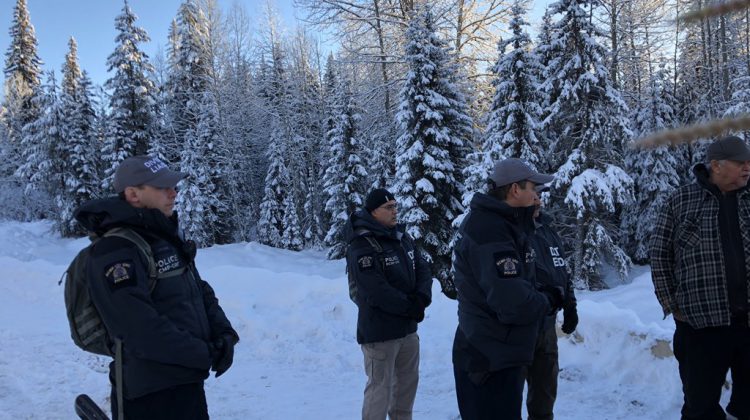 11 protestors were arrested for breaching the injunction order at the 27-km mark of the Morice West Forest Service Road yesterday (Saturday) morning, according to RCMP.

Those arrested have been transported to the Houston RCMP detachment for processing.

This comes after the 27-km mark was designated an exclusion zone by RCMP on Friday (Feb. 6).

Several protestors, some using chains, barricaded themselves in the Warming Centre after being told to leave the night before and were subsequently arrested, according to police.

RCMP allege the occupants of the Healing Centre declined to engage in a conversation at the Unist’ot’en Camp, located at km 66, after members of the Indigenous Policing Service and Division Liason Team arrived to meet with them yesterday (Saturday) at approximately 11 am.