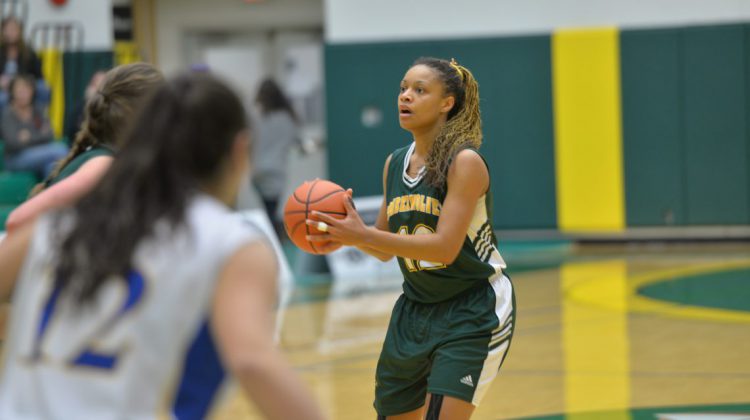 Following a stellar performance against the MacEwan Griffins, the 24-year old was recognized for the fourth time this season.

The Timberwolves had the weekend sweep of the Griffins, winning 84-63 and 80-62.

Mongomo dropped 50 points and 27 rebounds over the weekend, clinching the Canada West scoring title, and a program record, bringing her total to 402 points.

The women’s team wrapped the season on an 8 game win streak, finishing 11-9 on the year.

According to Canada West, Mongomo scored an average of 20.1 points a game this season.

The weekend marked the final home-court appearance for the 5th year, who will be leading the Timberwolves into a first-round playoff series against Lethbridge this Friday.

She has done it again. @UNBCWomensBball‘s Maria Mongomo has been recognized by @CanadaWest for the 4th time this year, earning a 3-Star Award for her big week vs @MacEwanGriffins. Congrats, Maria!! #EnFuego pic.twitter.com/XsN7p4uoLS

MORE HISTORY for @UNBC! With 20.1 points per game, @UNBCWomensBball senior Maria Mongomo has claimed the @CanadaWest scoring crown! Her 402 points this season were a program record, as well! So proud of The Balla from Las Palmas! #gotwolves pic.twitter.com/PUygzsdxGe