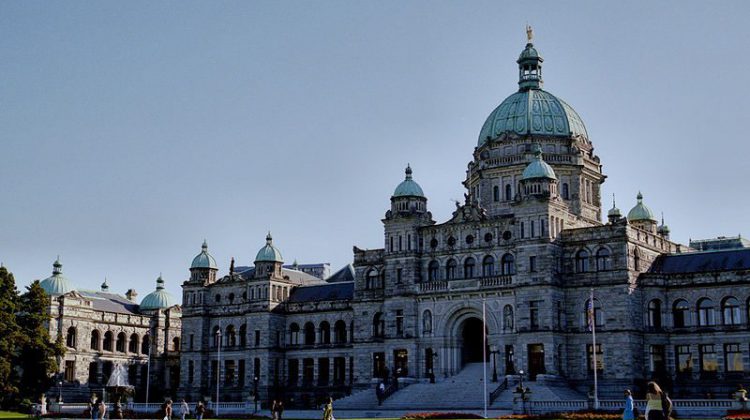 The BC Legislature in Victoria | BC Government/Handout photo

She said those living in northern BC have enjoyed the use of a government-run bus service since Greyhound left the region over two years ago.

“BC Bus North is giving people a safe, affordable option to get around to other northern regions of the province and despite global headwinds, British Columbians are enjoying the benefits of a strong and resilient economy.”

When it comes to wages, Austin says the John Horgan-led NDP government continues to do its part in trying to make life more affordable for the province’s lowest-paid workers.

She adds since the BC overdose crisis began, at least 4,700 deaths have been averted, thanks to expanded harm reduction and treatment options.

Health care improvements across the province under the current NDP government was highlighted.

Austin outlined the work the government has done in this area since taking power nearly three years ago.

“Since July of 2017, this government has moved forward on 13 hospitals and projects and opened 12 urgent and primary care clinics, five hip and knee replacement programs are up and running with 14 more on the way.”

Earlier in the day, the spring session got off to a rocky start as Wet’suwet’en protestors blocked all the entrances into the legislature as politicians and media had to be allowed in by security.

A link to Throne Speech can be found here.