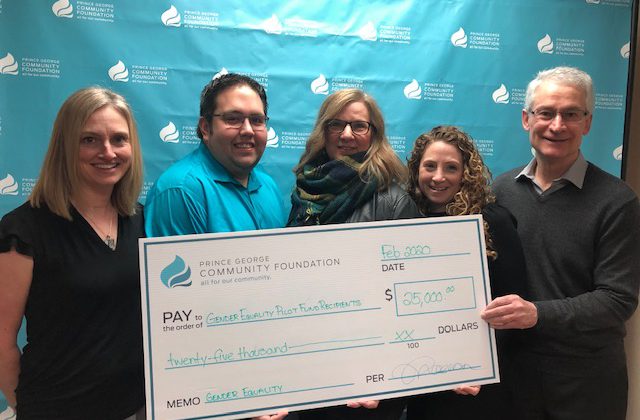 Is gender inequality a problem in Northern BC?

The Prince George Community Foundation (PGCF) seems to think so, as they distribute $25,000 to address the issue in the region.

The money comes from the Pilot Fund for Gender Equality in Canada, a collaborative fund created by Community Funds Canada and the Equality Fund, an organization supported by the Canadian Government.

The PGCF’s participation in the Pilot Fund has resulted in a trio of projects spearheaded by local organizations dividing the 25 thousand dollars.

The three selected are:

“The Community Foundation believes that in Canada today, too many women, girls, and transgender Canadians face barriers,” said Mindy Stroet, Director of Development with the PGCF.

The Prince George Community Foundation also received $100,000 last month, which it intends to distribute throughout the community.