Union demonstrating in PG as Co-op Refinery dispute rages on 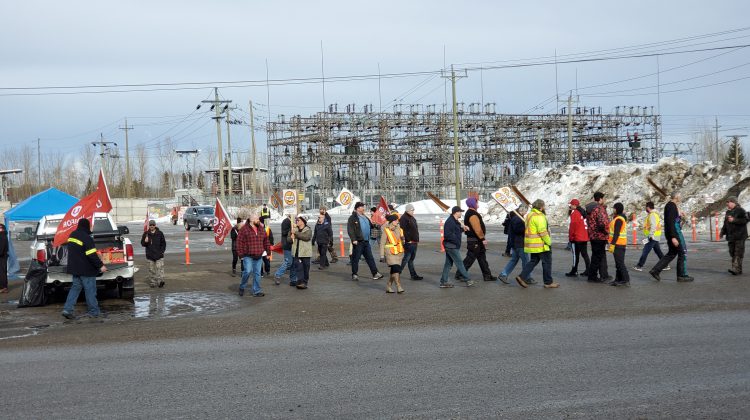 Prince George is experiencing some fallout from the lockout of 760 workers in Regina on December 5th who are now engaged in a labour dispute with the Co-op Refinery. 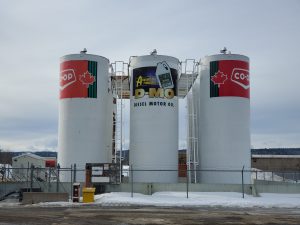 Unifor, the union representing the workers, took to action and set up picket lines forcing Co-op to rely on replacement workers.

“The workers aren’t seeking anything new to their pension plan, they are simply seeking to keep the same pension plan that they have. They have offered to pay into the pension plan.” 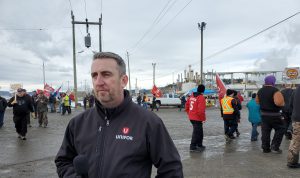 “What’s really strange about this, is that cooperatives are supposed to be about community and workers, they aren’t supposed to be like other corporations,” McGarrigle explained.

When asked about the primary goal of the demonstration, McGarrigle said:

“The workers that made the wealth are the ones that should have a decent retirement, some health and safety, and they should be respected,”

Unifor has been calling for a boycott following the events in December.

Unifor members from across Northern B.C. have descended on the Prince George Refinery to help block specific trucks supplying @CoopFCL gas bars in the region while it attacks the pensions of refinery workers in Regina: https://t.co/SYINF8enIL #boycottcoop @Unifor594 #bcpoli pic.twitter.com/rKdHt66tDR