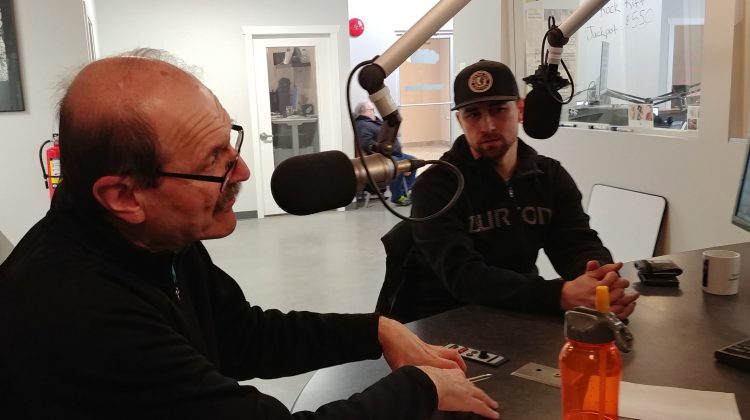 Eric Hunter sits down with Hartley Miller on this week's edition of the Cat Scan Podcast. (Photo supplied by Brendan Pawliw, MyPGNow.com staff)

In this episode, Hunter talks about being selected by the Cougars in the WHL Bantam Draft, playing alongside side Sidney Crosby at the U-18’s with Team Canada, his reasons for returning to Prince George and being selected twice in the NHL Draft.

Hunter also touched on the 2007 playoff run with the Cats and his four-year stint in Austria.