Journey the cat is back, looking for a new home 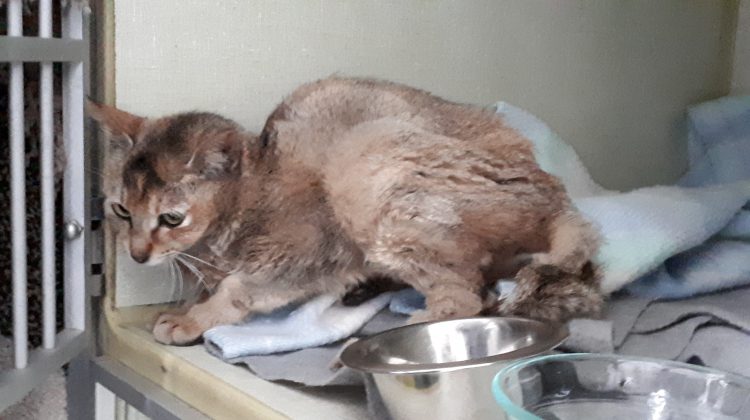 Journey is up for adoption after being found by a local business in PG last April after spending three weeks in a crate, travelling all the way from China. (Photo supplied by BC SPCA)

A cat that was found by a local business in Prince George is on her way to getting a permanent home.

Last April, Journey was discovered in a loaded shipping crate that came all the way from China where she survived nearly a month with no food or water.

Today (Friday), the BC SPCA is looking for one lucky family to adopt the cat. 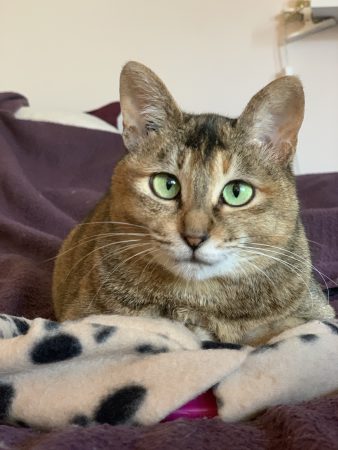 Journey is up for adoption after being found by a local business in PG last April after spending three weeks in a crate, travelling all the way from China. (Photo supplied by BC SPCA)

Senior Manager of Behaviour and Welfare, Karen van Haften told MyPGNow.com she’s come a long way after receiving a life-saving medical treatment along with her behaviour training to overcome her fear of humans.

“So where she came out of her shell was in foster care and is something we try and do with all animals that aren’t doing well in the shelter is by getting them into foster homes. Because she was such a behaviour-needy case I actually ended up taking her home myself and she has been living in my apartment for the last five months.”

van Haften adds the initial stages of her recovery process was a bit of a challenge.

“The first month was all about getting her healthy enough to live in one of our shelters and then pretty much as soon she started to feel better we figured out that she was not used to being around people at all, she was very nervous and did not enjoy being touched.”

“She wasn’t aggressive but she would freeze if people were around and that continued in our shelters for several months.”

It’s pretty safe to say Journey has come a long way in the past year.

“She is extremely playful, that is what brought her out of her shell initially, she’s active, she’s charming and is starting to get a little bit vocal. She will meow at you to welcome you home, she’s really special.”

van Haften has been looking after Journey for the last five months and outlines the type of home that would suit her.

“A home with other cats is probably not for her, we are not sure how she does around dogs but likely would be afraid of them, we are looking for a home where she would be the centre-of-attention.”