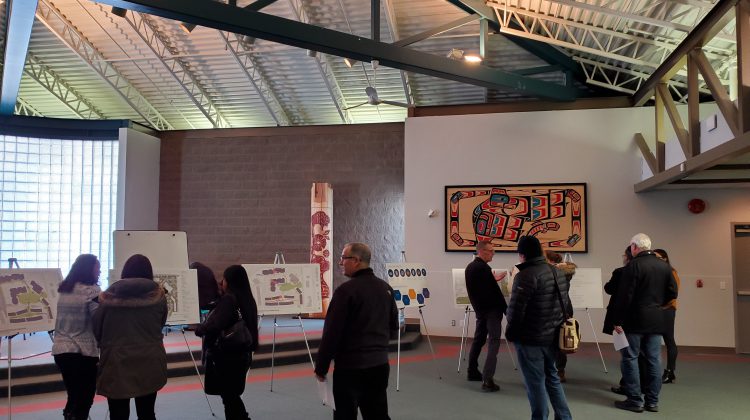 An image of the current lot (on left) next to the planned development (on right) (Photo supplied by Justin Madu, MyPGNow.com staff).

The project, which will occupy nearly 7 acres, is currently undergoing municipal process and is set to begin construction this fall.

A three-phase plan has been created to allow AHSPG to adjust to the scale of the project, and adapt the project in response to real-world results.

“It couldn’t possibly happen all at once, and happen well,” Said Christos Vardacostas, AHSPG’s Executive Director.

The first phase will create 50 units of townhouses, while Phase 1B will introduce specific spaces for infants, toddlers, and children.

By the time the development is completely finished, it could potentially provide housing for up to 800 individuals.

Current plans have a strong focus on offering community gathering spaces and safe areas for children to play, alongside greenhouses and other services.

An array of rental pricing options will be provided, a choice that could be explained as an effort to avoid ghettoization.

However, Vardacostas characterizes flexible pricing as an effort to promote a healthy community. 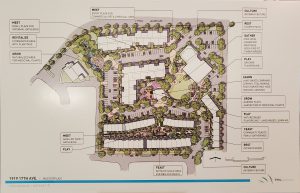 An overhead view of what the finished project might look like (Photo supplied by Justin Madu, MyPGNow.com staff).

“In order to have a healthy community, it is important that that community is diverse… it’s about community in the end, and for a community to be successful there needs to be a model that serves all people.”

Margret Pfoh, CEO of the Aboriginal Housing Management Association believes the project is essential to improving quality-of-life in the Prince George

“If you look at any of the issues Prince George is facing around addiction, homelessness, violence, and sex trade: housing is the hub to help our community start to heal,”

She also believes that placing the development in Prince George may aid surrounding communities.

“Our indigenous population struggle at a higher rate to access affordable housing, especially here in Prince George… it’s kind of a centre or hub for the rest of the province.”

More information about the Aboriginal Housing Society Prince George can be found on their website.