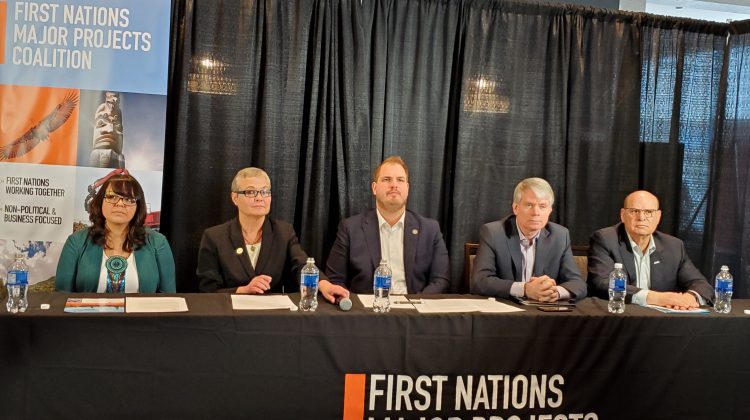 Providing First Nations bands with the necessary tools to assess industry, and participate if they want to.

That was the goal outlined in the First Nations Major Projects Coalition’s (FNMPC) joint statement today (Tuesday) in Prince George.

“The tools that the FNMPC create are capacity tools, and these tools are necessary so that we can make informed business decisions,” said Fort Nelson First Nation Chief Sharleen Gale.

“What has been happening has not worked,” added Cheslatta Carrier Chief Corrina Leween.

Leween has played a critical role in working to resolve a disagreement between the Cheslatta First Nation and the Rio Tinto hydroelectric operation.

The FNMPC made a series of recommendations for the Canadian Federal Government, including:

“This isn’t new, this is a challenge that our communities have been facing for hundreds of years,” Gale added.

However, money was only one concern according to John Gamble, President and CEO of the Association of Consulting Engineering Companies.

“There’s more to this than just having capital flow, the up-front engagement is also important for a successful project outcome. It has certainly been our experience that when you’re dealing with a client that is invested in the success of a project, and that has to live with the consequences of a project, you get a better project outcome.”

Throughout the joint statement, the Coalition emphasized that they are an apolitical, non-profit organization, primarily concerned with supporting First Nations communities to make informed decisions, regardless of outcomes, on resource and industry-driven projects.

Chief Gale summarized by suggesting that co-development and co-management were both critically important considerations.