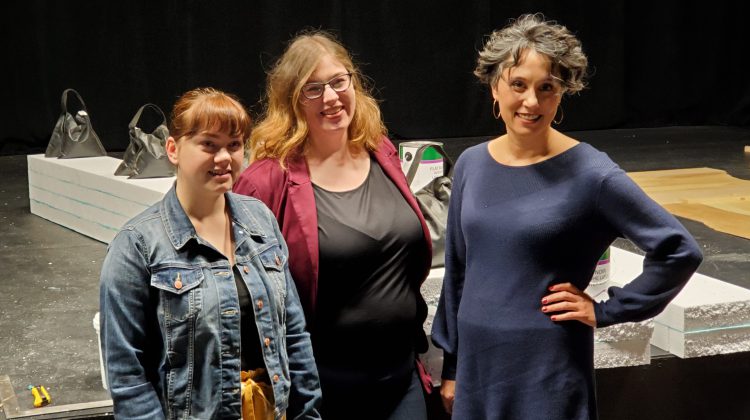 Theatre NorthWest will offer amateur theatre some of the same resources as professionals with its UNBC Musical Productions club partnership entering the second year.

“It completely changes everything about how we perform,” explained UNBC Musical Production club’s President, Rylee Spencer.

The Musical Productions group said while they were grateful for the ability to perform in UNBC’s Canfor Theatre in the past, the new space has its advantages.

“You have this intimate setting, and you feel like you’re actually watching a performance, rather than watching some students doing their best,” added Spencer.

“The lecture theatre works perfectly for what it’s supposed to be, but it’s definitely limiting. You can only sound so good through a lavalier mic, you can only dance so well on carpeted space, and you can only act so well when half the audience can’t really see you,” said Club Vice-President, Alex Verge.

The Musical Productions club will be putting on their performance of the Grammy-Nominated Broadway musical: “The 25th Annual Putnam County Spelling Bee” from March 12th – 22nd.

Tickets are available online at Theatre NorthWest or in-person at Books and Company.