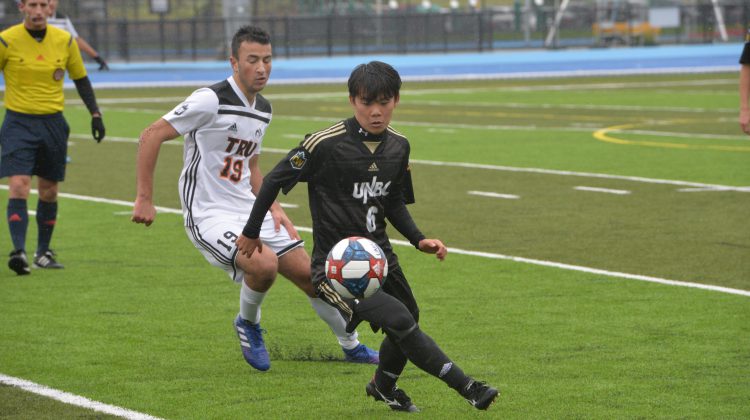 The UNBC Timberwolves men’s soccer team issued out their yearly awards to those who excelled on the pitch last season.

“Kenny arrived in Prince George and immediately established himself as a tremendous addition to our program on and off the pitch. He is tremendous with the ball at his feet, he looks to get his teammates involved, he plays the entire park, and he is a dangerous player. I am excited to see what he does next season, and am proud of him for earning this award from his fellow Timberwolves.” said Steve Simonson, UNBC Head Coach

“Rob had a stellar season with us. Receiving that recognition as a Canada West All-Star, and now defensive player of the year for the Timberwolves is a just reward for what we have seen day in and day out at training,” added Simonson.

“Stu’s impact on the offensive end of the field was huge for us this year. Due to injury concerns he had a limited role and still managed to be a major scoring threat. Once he is fully healthy, we anticipate even greater things to come,” added Simonson.

“Mitch is a very worthy recipient of the Green and Gold Award. We praise the values of what it means to be a Timberwolf, and Mitch epitomizes this day in and day out. I think it is a great honour to have your teammates recognize you for your service to the program,” said Simonson.