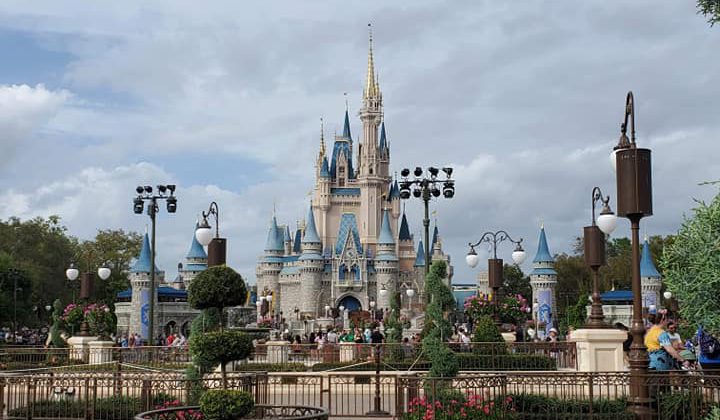 I, like many others, did not intend to be caught abroad during a global pandemic but found myself faced with the challenge of returning home.

I spent ten days in central Florida, from March 8th until March 18th.

Originally I had planned to travel to South-East Asia, which was understandably cancelled given the prevalence of COVID-19 in the region.

When I settled on Florida, there were less than three cases within the state, making it appear to be a relatively safe destination. There were fewer cases in Florida than in British Columbia, no state of emergency had been declared anywhere, and the virus had not yet been classified as a pandemic.

By the time I arrived there were 14 cases, which grew to 314 when I left. There are currently over a thousand cases within the state.

During my time in the Sunshine State, I had Uber and Lyft drivers earnestly explain that the hot, humid weather would help limit the spread of the virus – information that conflicted anecdotal reports from Canadian friends assuring me that cold, dry weather would stunt the virus’ growth.

This revealed a shared belief on opposite sides of the continent: this is serious, but it won’t be that serious here.

Walt Disney World officially closed the evening of March 15th, although bottles of sanitizer were predominantly displayed, and emergency hand-washing stations were set up in high traffic areas in the days prior.

Arguably, Disney’s response was among the most competent I saw during my trip, which included stops in five international airports.

The days following Disney’s closure saw the gradual closure of nearly everything else in the area, with Universal Studios Orlando shutting down the following day, alongside many major retail chains.

A quick walk felt surreal, as an increasing number of doors sported hastily printed signs announcing an array of closure dates all clustered near the beginning of April.

The final two days of my trip were spent primarily confined to my hotel room in the name of civic responsibility.

While not overly concerned about the possibility of contracting the virus, as cases were not exceedingly common, I was extremely worried about catching any cold, flu, or food poisoning that could potentially be mistaken for COVID-19, and prevent me from travelling by air.

An earlier trip home was made impossible by extraordinarily long wait times to speak to representatives for any major airline.

Worse yet, even if an individual was inclined to spend six hours on hold, they still faced the possibility of having their call dropped, disconnected, or in my case, having the airline’s call centre close for the evening while waiting in que.

This led to frustration among the other travellers I interacted with who were being encouraged to return home by their respective governments but were unable to make travel arrangements.

On March 18th I was finally able to join the mass-exodus of Canadians heading home.

In Orlando International Airport, I witnessed a few individuals being turned away, suitcases in hand, being informed their flights were overbooked – likely the result of attempts to return Canadians home.

Numerous elderly people were among the morning airport crowd, a worrying sight considering their susceptibility to the virus.

Even after boarding my flight bound for Montreal-Trudeau International Airport, I realized there was no promise that I would get home as a young family was escorted off the plane.

Flight attendants were given reason to suspect they had cold or flu-like symptoms.

Immediately following the announcement, the drone of a hundred conversations at once erupted. For a split second, I was afraid there would be a mutiny, but as quickly as it disappeared, order returned and we were ready for takeoff.

After arriving in Montreal, numerous airport workers individually questioned those leaving the flight, asking if they, or anyone in their party, had a fever or other symptoms of illness.

The screening was not especially rigorous, and heavily relied on the honour system – a rare occurrence in a commercial airport.

The airport was suspiciously empty. After checking my phone, I saw the announcement: the border had closed while my flight was in the air.

The digital customs paperwork had been amended, repeating the question of health, and a section requiring that I promised to self-isolate upon returning home.

The paperwork was displayed on a touchscreen muddied with fingerprints, which were unfortunately among numerous shared-touch surfaces I encountered including overhead baggage compartments, plastic airport security bins, armrests, passports and boarding passes.

Questions of fever and cold symptoms were asked for a third time by a border agent before I was able to find the terminal for my connecting flights, both of which happened without incident.

My first day back was largely defined by a massive sense of relief.

Justin Madu is a reporter for Vista Radio and MyPGNow.com. He is currently working from home during his mandatory 14-day isolation period.