“It hit me that I’m a part of a WHL team”: Cougars sign top prospect Heidt 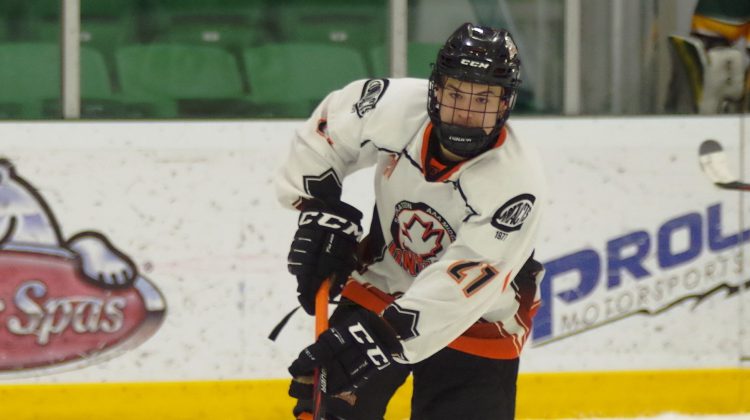 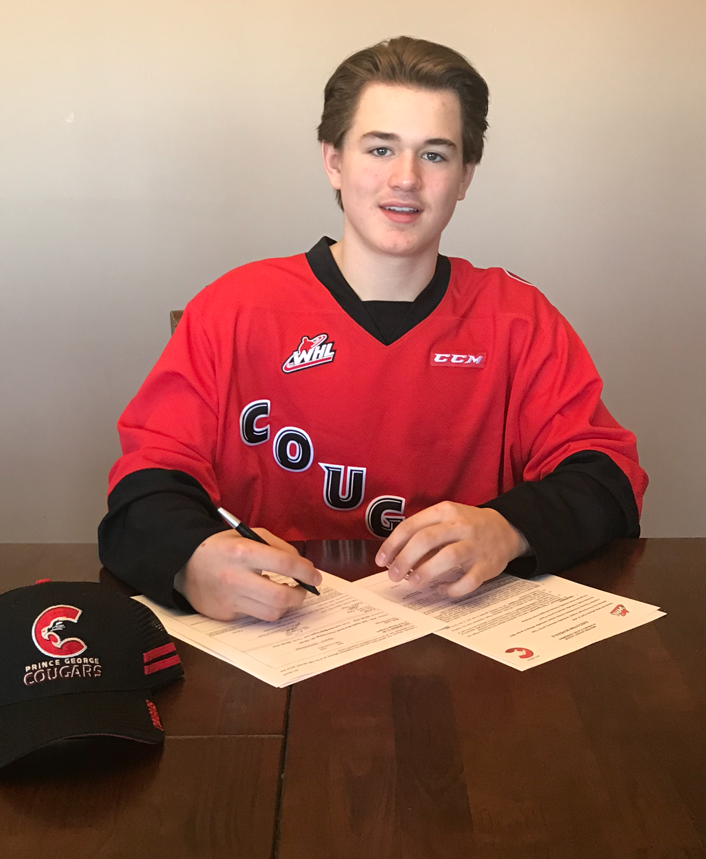 The Prince George Cougars came out swinging in this year’s WHL Bantam Draft, selecting Riley Heidt of the Saskatoon Contacts (SMHL) as their first-round pick, taking him second overall.

Heidt notched 37 points in 44 games with the Contacts last season and watched the draft live stream from his home in Saskatchewan.

“I was sitting on the couch here, and when I heard my name announced on the computer it was pretty real. It really hit me that I’m now a part of a WHL team,” said Heidt.

“My whole family is ecstatic! I also have a couple of relatives [uncles] in Prince George who are excited to see me play!”

The 15-year-old is looking forward to taking the next step in his hockey career because for him, it’s been a lifelong love affair.

“I don’t have to work to get out of bed, and I’ve been skating three times a week in the morning ever since I was a kid!”

As far as his style of play, it’s no surprise that the forward looks up to none other than Sidney Crosby.

“I try to pick apart every video I can of him, and model my game after him.”

He also keeps an eye on former Saskatoon Blade Kirby Dach, who is now with the NHL’s Chicago Blackhawks.

Heidt will attend his first training camp with the Cougars later this summer.