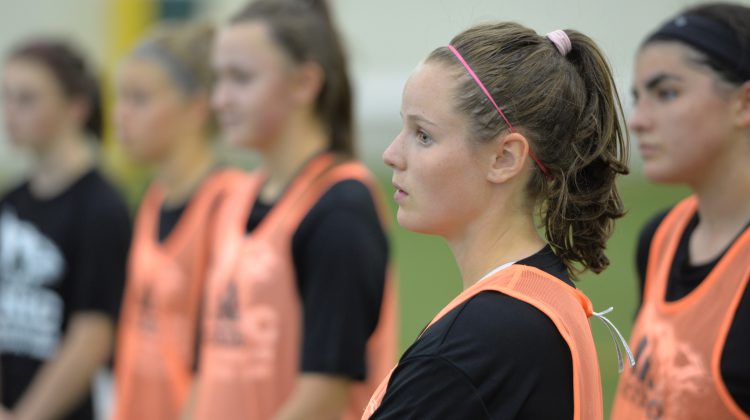 The UNBC Timberwolves women’s soccer team added another piece to its group of players today (Tuesday) by committing Camryn Cline for next season. 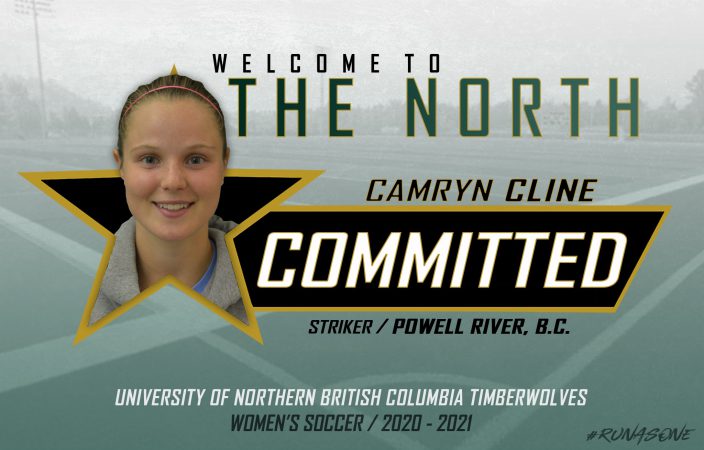 The native of Powell River trains with the Upper Island Riptide and attended a Timberwolves camp last summer, where she worked with Head Coach coach Neil Sedgwick.

“He had a lot of constructive information. A lot of new skills and techniques, and really tightening up our abilities. I want to work on ball striking, definitely. I was intrigued by that and I want to keep working on it. There were some cool moves we did that I’d like to get better at. A lot of the terminology was really useful.”

Cline also competed in cross-country and track-and-field throughout high school.

Sedgwick immediately identified Cline as a player he wanted in green and gold.

He said his newest recruit has the physical tools to make an impact at the university level, and the passion and hunger to improve with every training session and game.

“I was impressed with Camryn’s ability to translate strong movement potential into her soccer decision making. She always had a smile on her face when she was prepping for training and games, and then there was a seriousness of purposefulness when the activities began. She struck me as someone who enjoyed the game and took the learning seriously. We are really thrilled to have Camryn as a Timberwolf.”

Cline is set to graduate from Brooks Secondary School and is enrolled in UNBC’s biomedical studies program.