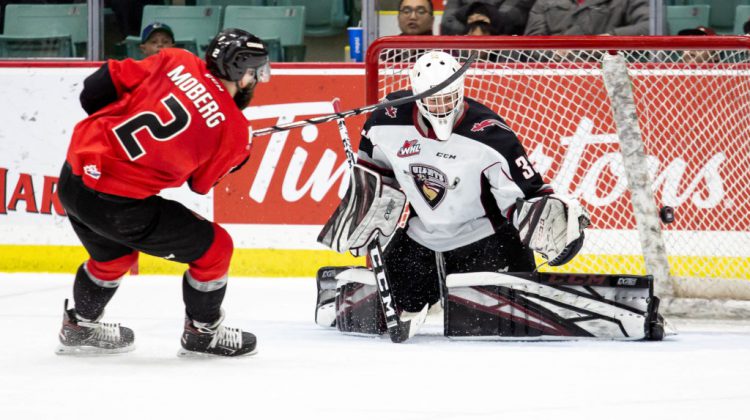 The Prince George Cougars held a virtual town hall to connect with their fans on the current state of the franchise.

Beesley told MyPGNow.com there were quite a few questions surrounding the club’s business operations.

“A lot of fans are curious about the future of our team and that seems to be a consistent theme throughout the whole thing is how are we doing businesswise both in the short term and the long term, how are the owners looking at this team and how it’s positioned going forward in the future.”

Beesley stated attendance and the team’s on-ice performance were two of the burning questions asked.

“The whole goal of this town was just to share information with people and we really don’t have anything to hide and a lot of people are always concerned about the Cougars attendance numbers, the fact we have struggled on the ice for the last couple of years. We have had some good success over the last five years but also some lean years as well.”

The ownership group said they have made it a goal to get at least 1,500 more fans per game in order to break even.

The Cougars averaged just over 24-hundred fans per game last season, a decline of 250 people per game during the previous year (2018-19).

However, Beesley mentioned that the Cougars aren’t at a standstill when it comes to ticket sales.

“Sales staff has been contacting all of our previous season ticket holders, in fact, we have spoken to every single one of them, very much so people are renewing and buying new seasons tickets but what we are not doing right now is asking people to put money down.”

With physical distancing measures still in place, do the Cougars have a contingency plan in place come the fall when next season rolls around?

Beesley adds the club is considering many options.

“We are looking at all kinds of different scenarios, we are planning for a season for sure and whether we have to do some mitigation factors or not such as how we do our seating in the arena or how to do our lineups, there is a tremendous amount of work being done behind the scenes.”

The Cougars plan to unveil the town hall on their social media accounts starting tomorrow (Thursday) at noon.