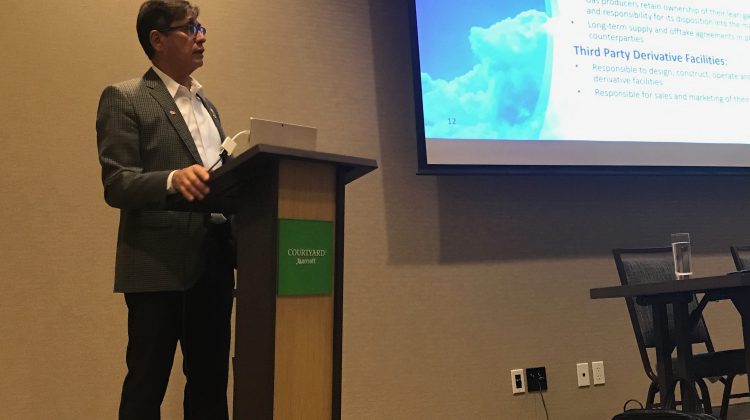 West Coast Olefins President and CEO Ken James said their plastic plant that was slated to be built on the BCR site in Prince George will now be re-located to McLeod Lake.

The announcement was made last night (Thursday) during a virtual town hall meeting hosted by the  BC Resources Coalition.

While this may be viewed as a bit of a blow, Mayor Lyn Hall told MyPGNow.com that he is still optimistic about the project.

“I still look at it as a positive opportunity for us and our city and the reason I do is because of the chance for jobs it’s going to employ a tremendous amount of folks once it gets through the various environmental processes.”

“The job piece is important. I know that the labour force that will be out there will be predominantly from Prince George, so this will be their main residence.”

James stated the decision to re-locate was made easier due to the interest shown by the McLeod Lake Indian Band as well as concerns from the public locally.

“We made the decision to move out of the airshed and move the project where we can have less controversy, we still see most of the economic impact going to the Prince George area so it was a good compromise I think.”

James added the relationship between West Coast Olefins and the Indian Band has been building since the winter.

“Openly stating that they were open for business and we worked very closely with them on understanding the environmental impacts and the economic impacts and benefits to their nation so I think we are finding a good compromise.”

Construction is expected to begin next year.

James expects both levels of government will push for these types of projects to help spur economic recovery after the pandemic.

“I think we will get a lot of attention based on where we are at so we want to stay flexible. If people want us to go faster we’ll go faster, if they want us to go slower, we’ll go slower.”