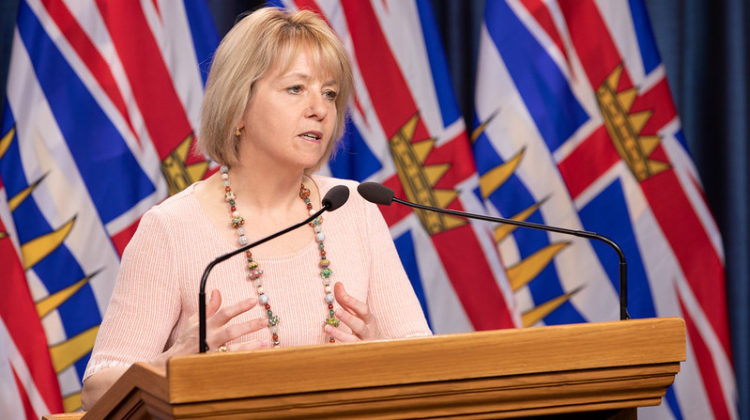 “Keep your groups small and consistent, make a pact with some friends or neighbours,” she advised.

Henry restated that gatherings of more than 50 people are still banned, specifying that 50 people is considered a maximum, and will only be allowed in areas with adequate space for physical distancing, adding:

“The path is really not black-and-white… we’ve never done this before,” Henry admitted.

She restated that the beginning of Phase Two of the Restart BC Plan will begin on Tuesday.

In Dr. Henry and Minister of Health Adrian Dix’s joint statement, the pair stated that the British Columbian Centre for Disease Control has received over 75,000 to its COVID-19 survey.

The survey allows health officials to better understand the impacts of COVID-19 on various groups of people.

However, another British Columbian has died due to the virus, with 132 deaths province-wide.

There are currently 385 active cases, including 59 people in hospital, 14 of which are in critical care.