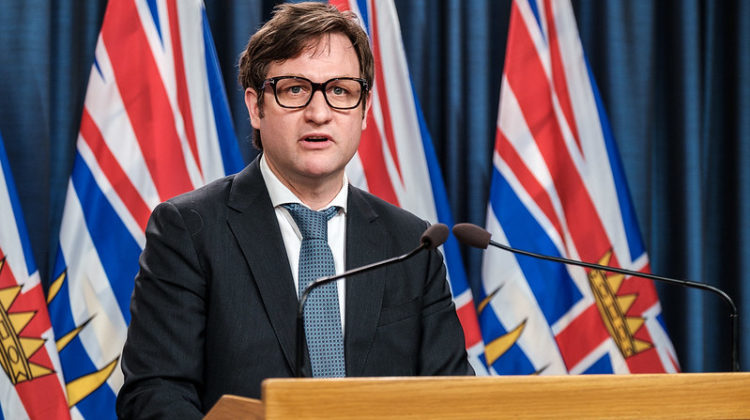 School is set to return on a voluntary part-time basis tomorrow (June 1), which has garnered mixed feedback from BC residents.

Addressing concern the return is happening too sudden, The B.C. Ministry of Education says it is taking a measured approach, and the return to class date was purposely timed.

“We would not be doing this if it was not deemed safe to do so,” said Education Minister Rob Fleming.

“But, I recognize the anxiety from the members of returning staff and the reluctance of some of the parents.”

However, students and teachers will be likely looking at a hybrid of online and in-class learning for the ‘foreseeable future’.

Requiring a unified response from each district was necessary in order to comply with health and safety protocols.

“Most districts have had the children of essential workers in school for well over a month, in some cases almost two months, but moving forward we are all moving together in the same direction.”

“We have had all 60 districts work on what we call stage 3 of the restart plan, the part-time voluntary resumption of classes. Some districts wanted to go sooner, but we have required them to move in lockstep with one another.”

The districts submitted a plan for approval to the BC Government and coordinated with teacher’s unions with their plans.

However, virtual learning has posed some challenges, whether it’s feeling unconnected or simply adapting to a new style of learning.

“Some teachers have done extraordinarily well and some kids are readily adaptable to this type of learning. However I know a lot of families have found it very frustrating,” Fleming explained.

“There are a lot of parents working at home, they are busy throughout the day and if they have more than one kid, it can be challenging.”

Students also expressed some frustration, concerned about not being able to see friends for a long time.

“Desks will also be spaced apart and there will be staggered drop-off times.”

Provincial Health Officer Doctor Bonnie Henry has also assured that transmission of Covid-19 among children has been low, adding that 77 of BC’s nearly 2,600 cases have been patients under the age of 19.

“Infections that have occurred are usually within a family unit, an adult transmitting to a child,” Fleming added.