Cougars add another blueliner to the fold 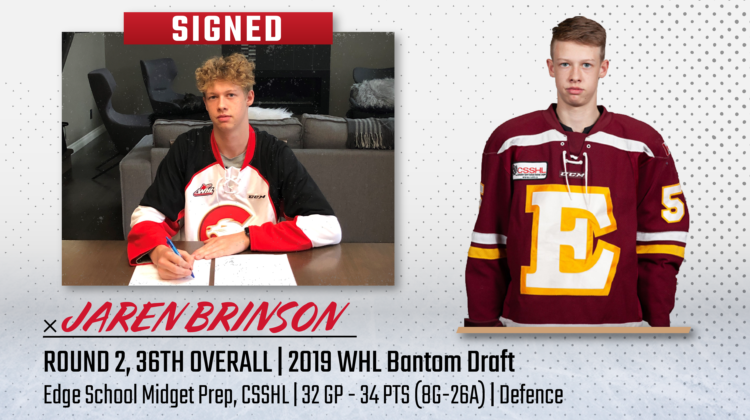 He was the 36th overall selection in the 2019 WHL Bantam Draft.

“He made big strides in his development this past season and he’ll be a key piece in the future of this team.”

Brinson played for the Edge School Mountaineers at the Midget Prep level in the Canadian Sport School Hockey League this past season.

With Brinson’s signing, the Cougars have now signed each of their first four prospects in the 2019 and 2020 WHL Bantam Drafts.