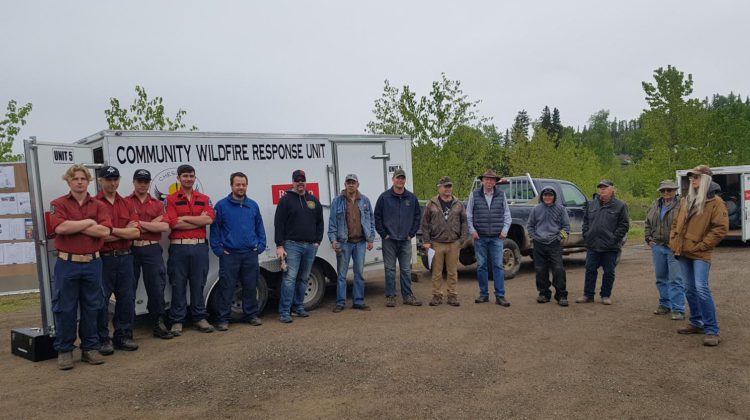 The Cheslatta Carrier Nation is moving ahead with its fire preparedness project that began after the 2018 wildfires near Burns Lake.

According to an official statement, not having enough resources to handle the fire led to the destruction of tens of thousands of hectares of forest in the Southside community, forcing residents from their homes for several weeks.

Last year, the Cheslatta Carrier Nation began to develop a strategy to prepare their members and neighbours for future wildfires.

“Having this first response unit even though they’re not in demand would still provide an element of the chance we can get a lightning strike put out before it becomes a huge fire, that’s a good thing.”

Robertson added the Regional District of Bulkley-Nechako also supported the project, and hopes this could be a model for other communities.

“The money spent on fighting fires is huge and if there’s a little more prevention put out there like, they do the fire smart program but if there were actual equipment units like what we put together it’s just another feature to have a little more safety and protection to your community,” Robertson said.

He explained the trailers cost about $16,000 individually.

A demonstration was hosted on Tuesday (June 2) by the staff of the Ministry of Forests for the public on how to use the equipment safely.