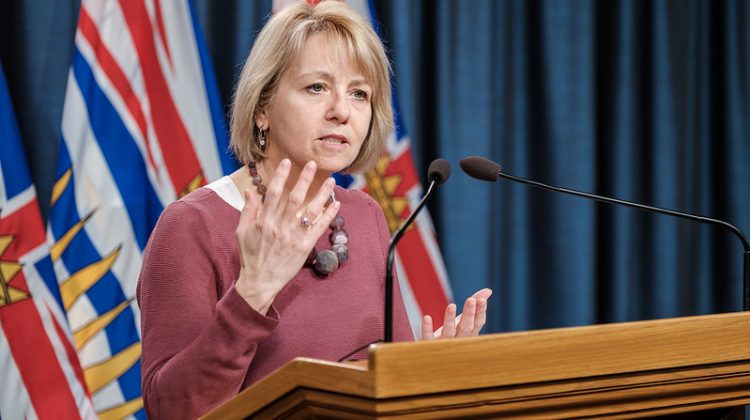 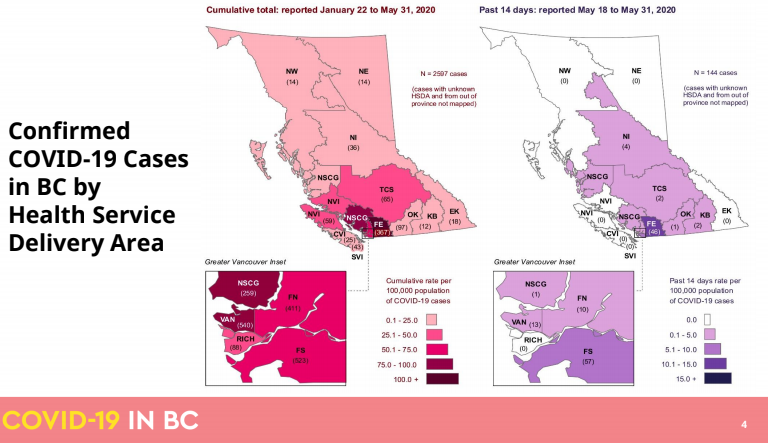 The Northern Interior has been a primary driver for the Northern Health numbers (slide provided by BC Government).

“Epi-linked” cases are those that have been epidemiologically linked to COVID-19 but were not tested for the virus.

The four epi-linked cases have all fully recovered, and have been identified since May 19th.

No new deaths have been reported, and 2,265 people have fully recovered – an 86% recovery rate.

26 people are in hospital, 11 in Vancouver Coastal Health, and 15 in Fraser Health. 6 of those are in ICU. 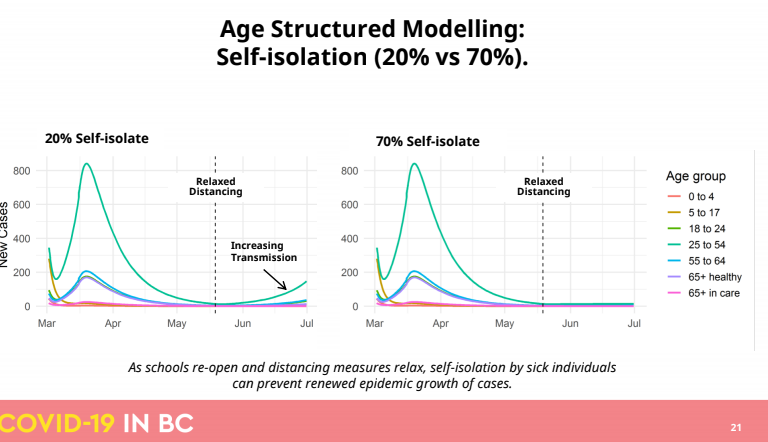 The Provincial Health Officer said self-isolation remains important if people are sick (slide from BC Government).

A majority of COVID-19 cases were aged 30-60, and most hospitalizations were seen in people in their 70’s, with ICU cases being primarily in their 60’s and 70’s.

Only 26 cases were seen in people 19 years or younger, no deaths have occurred in individuals under 40, and no one under 20 has been put in ICU. 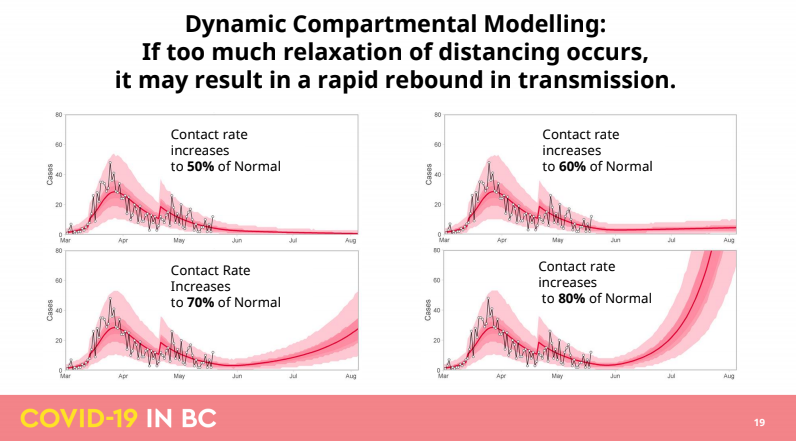 The cases are split relatively evenly by gender, although 2/3rds of those who have required hospitalization have been male.

Genome tracing showed the European and Eastern-Canada-like virus lineage, called the B.1 lineage, was a primary driver of the virus in BC.

It was closely followed by the Washington State-like A.1 virus.

Dr. Henry explained Quebec and Ontario have been driving a majority of cases Canada-wide.

She added a regional approach to reopening BC remains unlikely, as people continue to travel throughout the province as well as between provinces. 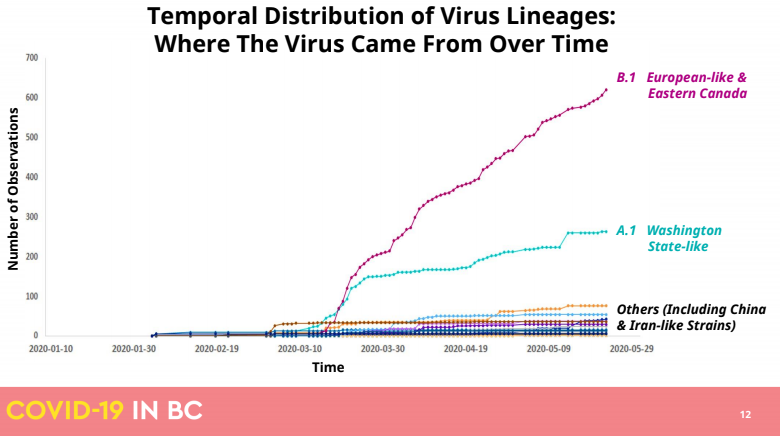 (Slide by BC Government)