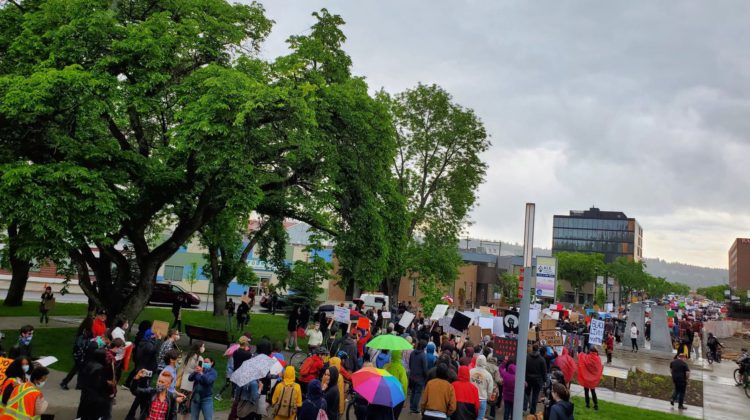 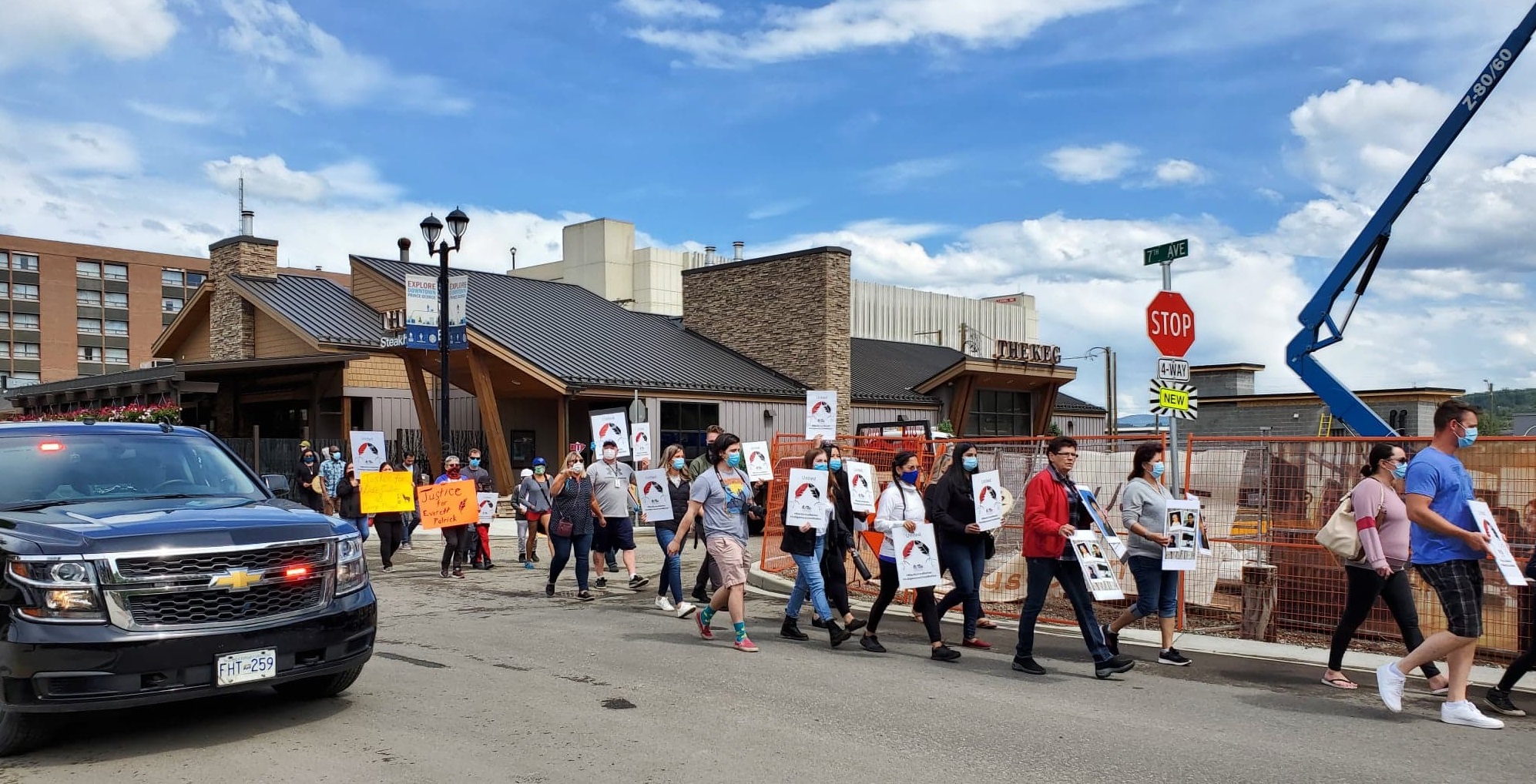 A crowd of several hundred gathered in front of Prince George’s City Hall to protest the inequalities experienced by marginalized groups such as Black people and First Nations.

Although some American-based protests associated with the movement have turned violent, Prince George’s crowd gathered peacefully.

Conversations about systemic racism were ignited following the death of George Floyd at the hands of police in Minneapolis, and eventually received the acknowledgment of Canadian Prime Minister Justin Trudeau.

“Far too often I have come to these rallies and talk about justice, and talk about injustice,” said Terry Teegee, Regional Chief for the BC Assembly of First Nations. 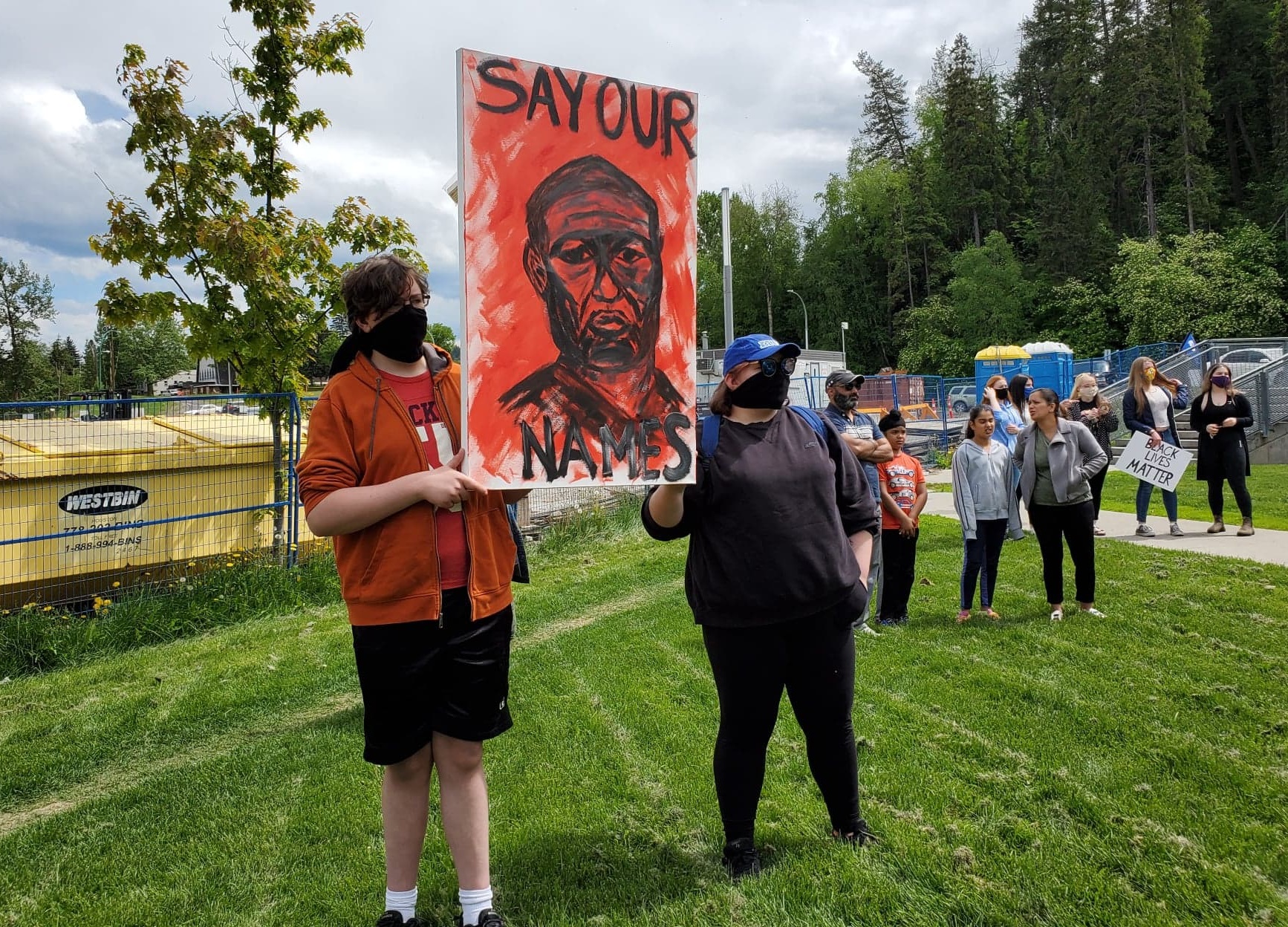 Teegee was a featured speaker at the event.

“Racism exists everywhere. In Canada Black and Indigenous people are very much at risk of being victims of police brutality and racial violence,” said Akida Allum, a Duchess Park Secondary School student.

The reality of COVID-19 was acknowledged by event organizers who distributed gloves, in addition to sanitization products.

Additionally, many participants wore either disposable or non-medical cloth facemasks.

A second protest is planned at the Mr. PG statue tomorrow (Saturday) at noon. 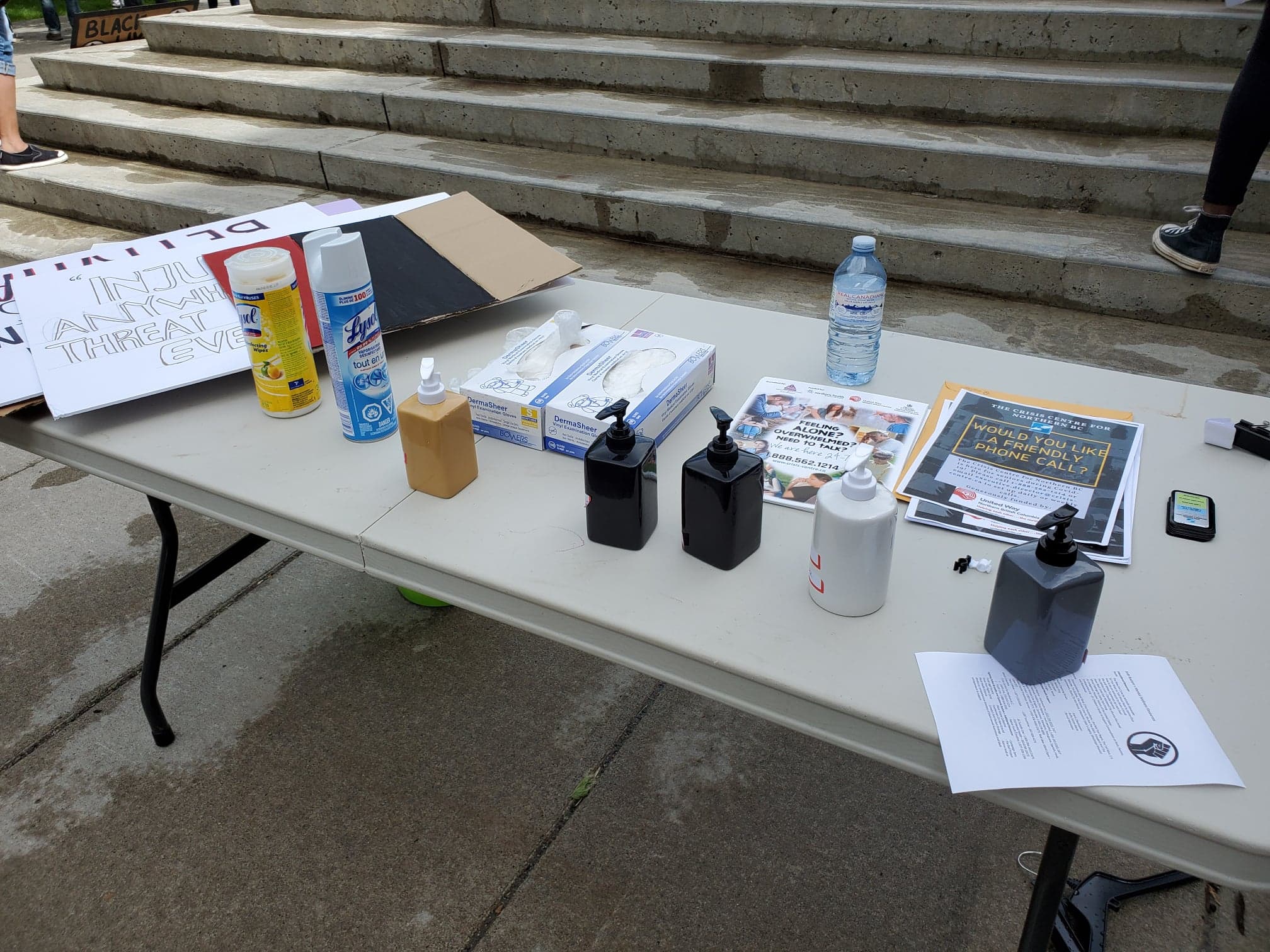 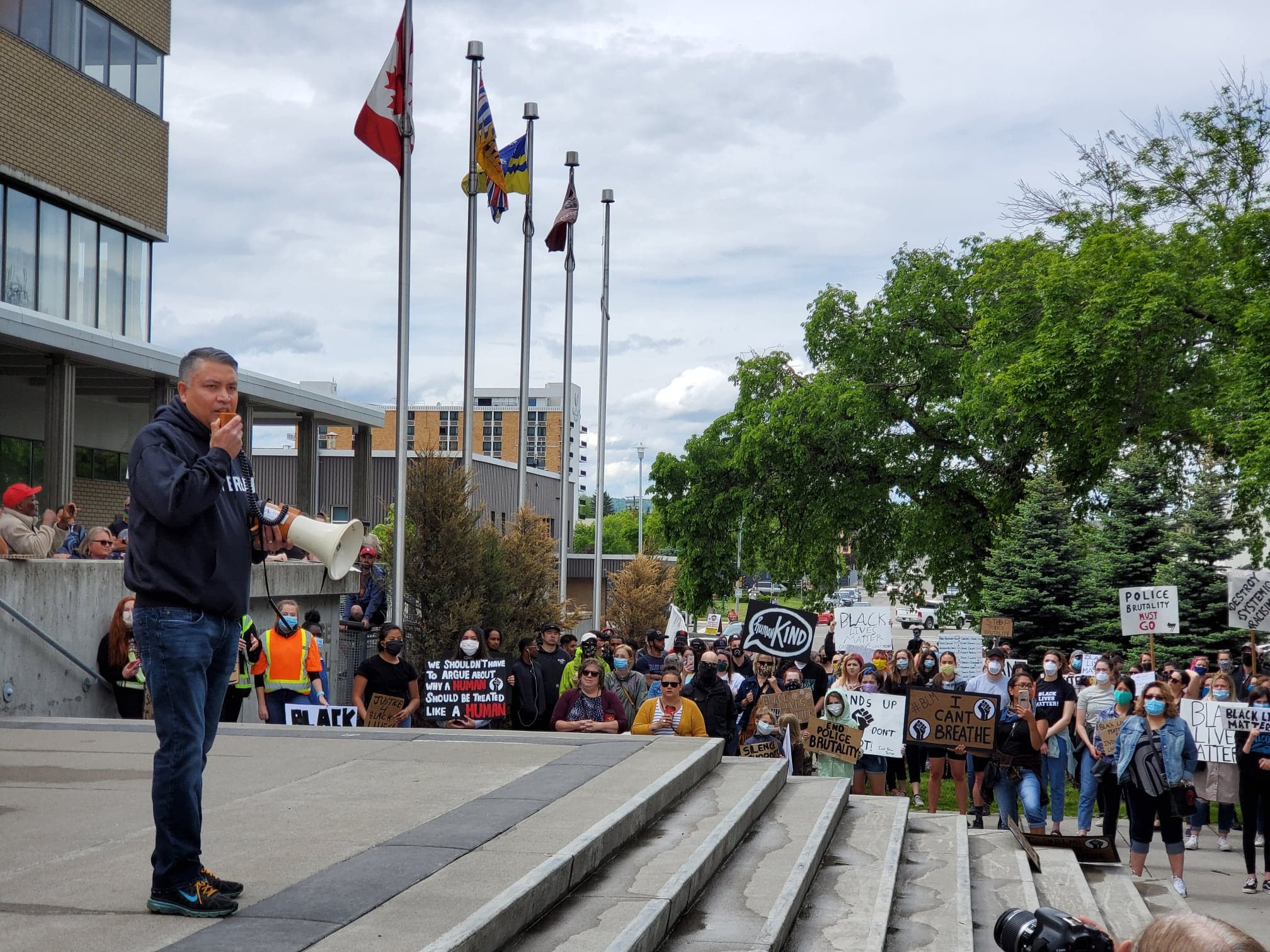