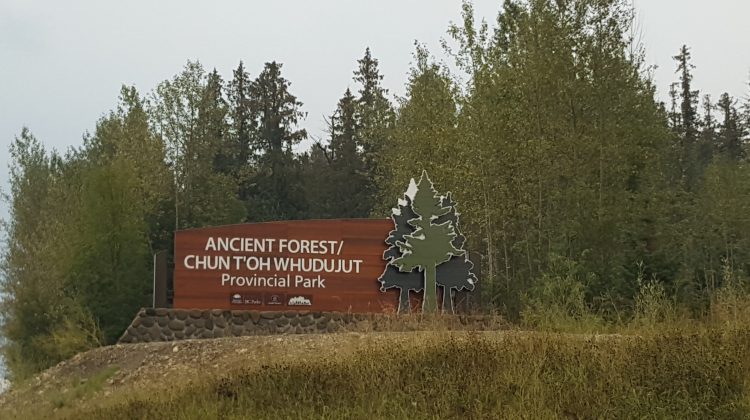 One local environmentalist group, Conservation North, is hoping to legally protect old-growth forests and transition to a forest economy that harvests second-growth trees.

Industrial harvesting throughout the province and in the region has traditionally focused on areas with the biggest and oldest trees, a fact that Connolly believes could seriously impact the environment.

“When you walk into an old-growth forest you see big standing trees, fallen trees, standing dead trees, and young trees on the forest floor. Humans can’t recreate that.”

“Wildlife needs that structure to go through their daily lives and to survive, and there’s really no way to replace that… it’s functionally irreplaceable and that’s a core idea that has been driving our campaign to protect it,”

She mentioned the Ancient Forest near Prince George as a notable example of old-growth in the region.

Connolly acknowledged the importance of logging in Northern BC’s economy and said although she would like to see old-growth forests legally protected, she thinks the shift to harvesting second-growth trees is inevitable.

“We have to move away from old-growth, whether we do it when it’s gone, or before it’s all gone,” she concluded.