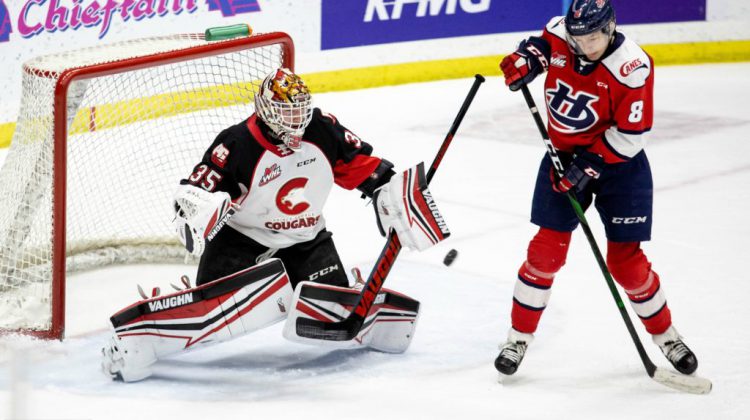 A pair of Cougars keepers are heading to Program of Excellence Goaltending Camp, starting tomorrow.

Tyler Brennan and Taylor Gauthier will be taking part in the four-day virtual camp (June 9-12), which serves as the initial evaluation stage for summer development and selection camps for Canada’s national men’s teams.

The camp will focus on goaltender development and evaluation through online education.

The Cougars are the only team in the WHL to have two goaltenders invited to the POE Goaltending Camp.

Online sessions will include goaltender development, mental and physical performance, planning for short-term competition, environments for success, and embracing the role of a back-up goaltender.